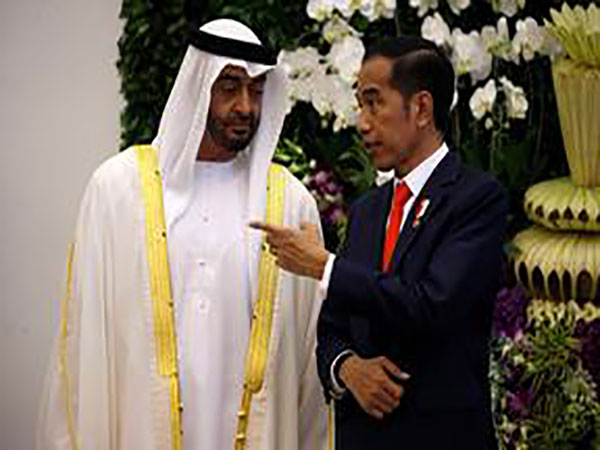 Dubai [UAE] August 12: A 140-metre mural that had been put up on the outer walls of the Dubai Ladies Club a year ago was relocated to the Zayed University Dubai Campus to commemorate the Accession Day of the Founding Father of the UAE, the late Sheikh Zayed bin Sultan Al Nahyan. The relocation was announced by the Cultural Office of Sheikha Manal bint Mohammed bin Rashid Al Maktoum, President of the UAE Gender Balance Council and Dubai Women's Establishment, and wife of Sheikh Mansour bin Zayed Al Nahyan, Deputy Prime Minister and Minister of Presidential Affairs.
The mural was created in collaboration with the Zayed University in Dubai, with the support of the Dubai Women's Establishment. It included a variety of artworks exploring the journey and achievements of Sheikh Zayed. Created by 22 female students over a period of a month, the huge mural displays four main themes inspired by the founding father's values and interests - wisdom, respect, sustainability and human development.
Al Maha Al Bastaki, director of the cultural office, stated that the success of Al Ydar (which means 'the mural' in English) is in line with the vision of Sheikha Manal to foster and develop the skills and creative breadth of female Emirati art students.
She said the relocation of the mural brings its journey back to its place of origin, inspiring female art students to take initiative and explore their imagination in order to create similar unique, creative projects.
Academic importance
Al Bastaki also expressed her pride in the academic importance that Al Ydar witnessed internationally. The mural, which celebrates the unique heritage of the UAE and the legacy of its founding father, was presented in the academic paper Mural in motion: Creating Narratives in the UAE, by Zayed University professor Stefan Messam. The paper was presented in the Mode Summit, which was held at Massey University's School of Design in Wellington, New Zealand, earlier this year.
Al Bastaki also highlighted that the project was also important in equipping art students with new skills, as it introduced them to a new creative method through which different elements and techniques were interlaced to create the illusion of motion.
Dr Reyadh AlMehaideb, vice-president of Zayed University in Dubai, said: "As a national, academic institution, we are honoured and proud to host the Al Ydar mural at Zayed University."
He added: "The 'Year of Zayed' mural will be permanently displayed at Zayed University, and we are proud of our students for effectively commemorating our Founding Father's noble values."
Mouza Albedwawi, a student who contributed to the creation of Al Ydar, stated: "I am really proud to have been a part of a team that was tasked with creating this exquisite work of art. We were able to showcase the vision and hopes that the late Sheikh Zayed bin Sultan Al Nahyan had for his people and his country in an innovative manner. It was challenging, but I believe that our efforts paid off given the positive reactions we received from members of the public of backgrounds.
Source: Khaleej Times