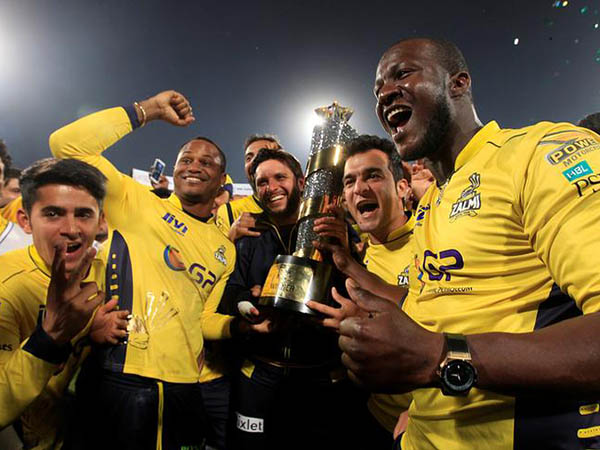 Abu Dhabi (UAE) March 4: Later in the evening bottom-pla­ced outfits Karachi Kings and Mul­tan Sultans meet in a vital fixture with both sides desperation to win in the their battle for the playoffs.
Zalmi and Gladiators are equal on 10 points from seven matches each, but Zalmi top the standings with a net run-rate of +0.852 compared to Gladiators' 0.085. The res­ult of this game will guarantee the winning side a place in the playoffs.
The Gladiators were off to a great start, winning first four games before losing the next two. But on Friday night, they whipped Sultans to rediscover their form.
Zalmi clinched a last-ball thriller against holders Islamabad United earlier on Friday with Liam Dawson hitting Mohammad Sami for the winning boundary.
Zalmi, however, are perturbed by opener Kamran Akmal's indifferent form in the PSL in which the ex-Pakistan wicket-keeper has a top score of 49. He did become the first batsman in the PSL history to complete 1,000 runs during his 19-run knock against United.
Both the Kings (three wins and four defeats) and the Sultans (six losses in eight matches) are sweating as they search for the winning formula. A defeat for the Sultans will seal their fate, while the Kings will still have an outside chance of progressing to the next stage even if they go down.
The Kings want to win simply for the reason their final two league-round matches are in Karachi where they will be hoping for a place in the playoffs while drawing inspiration from before their home crowd.
Despite having a good pace attack - Mohammad Amir, Usman Khan Shinwari and Sohail Khan - the Kings have not been able to stop their rivals from posting big totals.
The remaining two fixtures in Abu Dhabi are scheduled for Tuesday with Zalmi playing Lahore Qalandars in the first game and United facing the Gladiators later in the evening.
Source: The Dawn