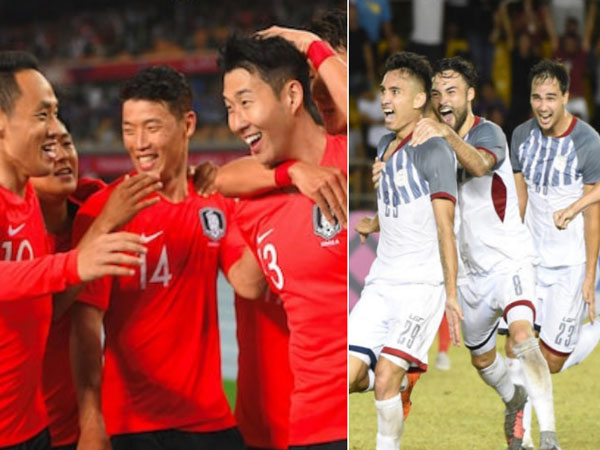 Abu Dhabi (UAE) Jan 7: Korea Republic and Philippines will face each other in the second Group C match at the AFC Asian Cup 2019 on Sunday with both teams looking to get their campaign off to a good start.
Asian powerhouses and tournament favourites Korea Republic take to the field against the Azkals in Group C's second match following China's opening salvo against Kyrgyzstan.
Led by Portuguese manager Paulo Bento, Korea Republic will try to one better their runners up finish in the 2015 AFC Asian Cup by attempting to win the trophy this time around.
Philippines, on the other hand, have qualified for the first time to the Asian Cup and will look to start their campaign with a giant killing.
Here, FOX Sports Asia takes a look at the five key facts ahead of the kick off between the two sides.
1) First meeting between the two sides
Korea Republic enjoy a long and storied history in the tournament while the Philippines are making their debut. Naturally, this will be the first time that the teams square off opposite one another.
2) A long history
AFC Asian Cup 2019 in the UAE marks Korea Republic's 14th tournament appearance, the joint-most alongside Iran. The team has only not qualified for the tournament thrice, right from its inception in the year 1956.
This is the 7th straight Asian Cup tournament that Korea Republic is playing on the bounce.
3) Looking to reclaim lost glory
Korea Republic won the first two Asian Cup tournaments in 1956 and 1960. Since then, however, they haven't won the tournament despite being, arguably, Asia's best footballing nation.
They've reached the finals 4 times since 1960 but have finished on the losing end each time, including in the last tournament in 2015 when they lost to winners Australia.
4) A strong run
Korea Republic have only lost one of their last 16 games at the Asian Cup and that was incidentally the finals against Australia - a match which they only ended up losing in extra time.
In fact, before they conceded 2 against the Socceroos, they had maintained a spotless record, stringing together 5 clean sheets en route to the finals in 2015.
5) A new beginning
Philippines, along with Kyrgyzstan and Yemen, make their Asian Cup bow this year. The last team to reach the knockout stages after entering the tournament for the first time was Australia in 2005. Eventually, they would win it in 2015.
Source: Fox Sports Asia