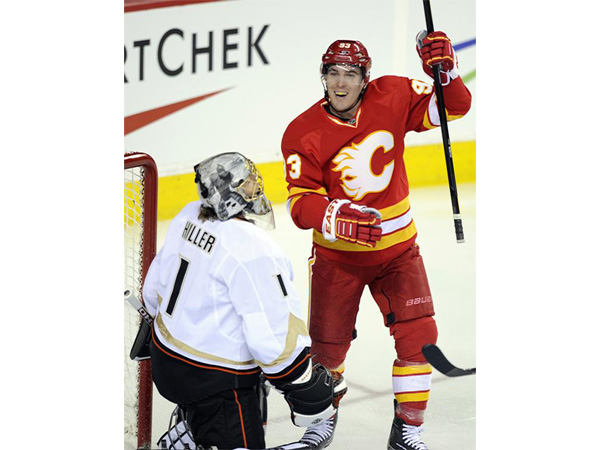 Ottawa (Canada) Nov 29: Former NHL player Akim Aliu called Bill Peters' apology "misleading, insincere and concerning" after the Calgary Flames coach released a statement Wednesday night apologizing for using "offensive language" when they both were in the minor leagues more than 10 years ago.
In a statement released Thursday, the 30-year-old Aliu, who alleged Peters used racial slurs against him a decade ago, said he has accepted an invitation from the National Hockey League to discuss the allegations and that he would not "discuss the racism and discrimination" that he says he endured until after his meeting with the league.
Aliu was a player with the Rockford Icehogs of the American Hockey League when Peters was head coach from 2008 to 2010. He alleged Peters "dropped the N-bomb several times towards me in the dressing room in my rookie year because he didn't like my choice of music." It happened during the 2009-10 season while the two were with the Chicago Blackhawks minor-league affiliate in Rockford, Ill.
Aliu was demoted to the Toledo Walleye of the ECHL during the 2009-10 season. Aliu, who was born in Nigeria and raised in Ukraine and Canada, later played seven NHL games over two seasons with Calgary.
In a statement to Flames GM Brad Treliving Wednesday, Peters apologized to the Flames organization but made no mention of Aliu.
"Please accept this as a sincere apology to you, and the entire Calgary Flames organization, for offensive language I used in a professional setting a decade ago," Peters wrote
"I know that my comments have been the source of both anger and disappointment, and I understand why. Although it was an isolated and immediately regrettable incident, I take responsibility for what I said."
Peters' status as the Flames coach has been placed into question while the NHL and the team investigate the allegations. He was not behind the bench when the Flames faced the Buffalo Sabres in a road game on Wednesday.
In his statement, Peters said the comment was "made in a moment of frustration and does not reflect my personal values."
"After the incident, I was rightfully challenged about my use of language, and I immediately returned to the dressing room to apologize to the team," he said in the statement. "I have regretted the incident since it happened, and I now also apologize to anyone negatively affected by my words."
"I am aware that there is no excuse for language that is offensive. I meant no disrespect in what I said, and it was not directed at anyone in particular. But that doesn't matter; it was hurtful and demeaning. I am truly sorry.
"I accept the reality of my actions. I do believe that we must strive to act with integrity, and to take accountability for what we say and do. This letter is intended to do exactly that; I hope it is accepted as intended.
"I appreciate the thorough review of this situation being undertaken by the Flames. It's the right thing to do, and I support it fully," the statement concludes.
The NHL called the alleged behaviour "repugnant and unacceptable," but held off commenting pending further investigation.
Treliving had called the alleged comments "repulsive."
"Allegations of this nature, we take very, very seriously. This is subject matter that has no place in our organization," Treliving said. "Now it's my job to find out exactly what's taken place."
Wojtek Dabrowski, the managing partner of Toronto-based crisis communications firm Provident Communications Inc., called the apology "woefully inadequate."
"All he's done is sort of dance on the head of a pin to try to explain it all away," he said. "And he's dug himself a deeper hole."
Whether in sports, politics, or other arenas, a proper apology needs to hit the right notes to be taken at full value. Ownership, honesty and directness are paramount.
"I think the whole point is you have to have that compass of what is the right thing?" said Bob Stellick, who spent 15 years on the Maple Leafs communications staff and is now president and CEO of Toronto-based Stellick Marketing Communications. "It's a difficult compass because it's not always the best in the short-term for your organization, but in the long-term it will serve you and your [team] in much better stead."
Hockey analysts have opined that both sides have to be careful with their wording given that lawyers are likely involved and if Peters were to be fired, the financial payout could be significantly affected by the reason for termination. Peters is signed through the 2020-21 campaign and earns a reported US$2 million per season.
"The Flames are moving a hand grenade around," said Stellick. "I think they're doing the best job they can. I know they've apologized for the speed of their process and they're saying it's due to their being thorough.
"I think there is an issue with the coach, rather than using a communications person, perhaps lawyering up on his sort-of apology."
Peters' statement also makes no mention of former player Michal Jordan, who alleged Peters kicked him and punched a teammate while with the Carolina Hurricanes.
Jordan, who now plays overseas, made the allegation Tuesday on Twitter.
"Never wish anything bad to the person but you get what you deserve Bill," Jordan said. "Kicking me and punching other player to the head during the game then pretending like nothing happened...couldn't believe my eyes."
Hurricanes head coach Rod Brind'Amour, who spent four seasons behind Carolina's bench with Peters, added to the tensions by confirming his boss confronted players in a physical manner.
"It for sure happened, the two issues that are in question," Brind'Amour told reporters in New York before his team's game against the Rangers.
While Brind'Amour confirmed Jordan's story, he said he was "proud" of the way those incidents were handled by both the players and management.
"It was definitely dealt with, in my opinion, correctly," he said. "We've definitely moved past that."
Source: CBC News