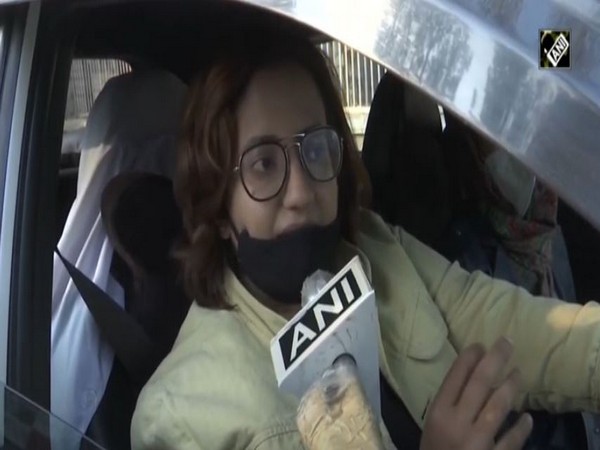 Srinagar (Jammu and Kashmir) [India], November 9 (ANI): A car rally was organised on Sunday from the Kashmir International Conference Centre to Duck park in Srinagar to spread awareness on drug abuse.
The NGO 'White Globe' organised this campaign in order to enlighten the youth about the devastating impact of drug abuse which remains a pressing issue in the Kashmir valley.
By conducting the car rally, the organisers wanted people, especially youngsters, to realise the potential threats of drug abuse and the subsequent damage it causes to one's health. The rally also promoted extracurricular social activities that attracted the attention of the youth.
"Eradicating the practice of drug abuse through a single rally or campaign is not possible. But all we can do is initiate this cause. The youth must spot the difference between good and bad. Through this rally, one is trying to tell you the difference. Ultimately, its the choice of an individual but this is the least we can do as responsible citizens who care about the next generation," a participant told ANI.
The campaign got a huge response from the crowd and people participated further in spreading the message about the disadvantages of drug use and abuse.
"It's a great idea to organise a car rally to raise awareness regarding drug abuse. I have participated in it as a responsible citizen and I would like to thank the organisers for highlighting such an important issue today," another participant said.
The NGO 'White Globe' has previously taken initiatives to assist families, health professionals, schools and other community workers to identify victims of drug abuse and aid in reducing or eliminating risk factors through various prevention and treatment programmes. (ANI)