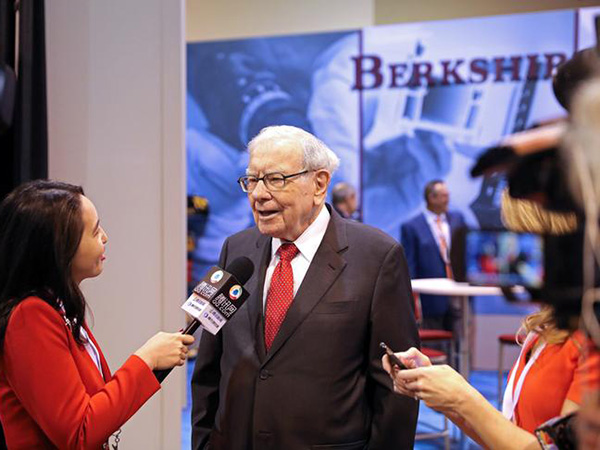 Nebraska (US) May 19: Rep. Alexandria Ocasio-Cortez, D-N.Y., took aim at corporate executives on Saturday, saying they escaped repercussions for negatively affecting the public and the economy during the financial recession.
The freshman lawmaker shared her condemnation on Twitter alongside a CNBC report that discussed comments made by Berkshire Hathaway Chairman and CEO Warren Buffett.
At Berkshire's annual shareholder meeting in Omaha, Nebraska, Buffett said "If a bank gets to where it needs government assistance, the responsible CEO should lose his net worth and his spouse's net worth," according to the May 4 report.
His comments reportedly followed a question about the Wells Fargo fake accounts scandal, which ultimately cost the company's former CEO John Stumpf his job. The Oracle of Omaha is the largest shareholder in Wells Fargo, with a 9 percent stake.
Ocasio-Cortez tweeted her shock in response to the article that "the CEOs who crashed our economy + caused millions of people to lose their homes not only escaped handcuffs; but got bonuses, too."
And some of those aforementioned business leaders continued to have a negative affect on the economy, she said.
"Many still have influential roles shaping the economy today. But we're the crazy ones for wanting to tax 'em, right?
Source: Fox Business