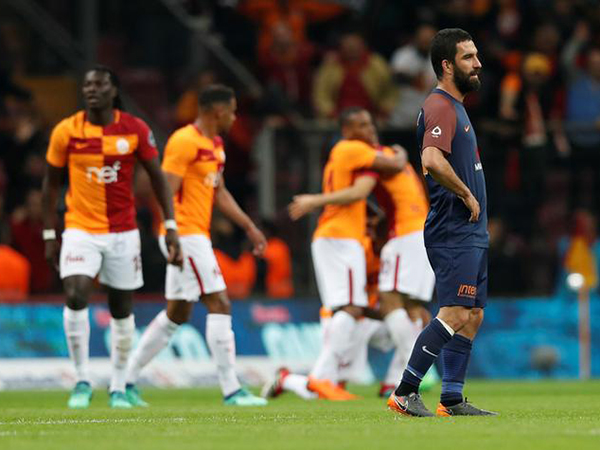 Rio De Janeiro (Brazil) Jan 15: Barcelona and Turkey midfielder Arda Turan could move to Brazil in a bid to jump-start his career, according to media reports in the South American country.
Turan is seeking a new club after ending a two-year loan spell at Istanbul Basaksehir. It is understood that he has ruled out a return to Barcelona, where the playmaker remains contracted until June 30.
Rio de Janeiro-based newspaper O Globo reported on Tuesday that both Flamengo and Palmeiras had shown preliminary interest in signing the 32-year-old.
It added that Flamengo's bid has been helped by their left-back Filipe Luis, a former teammate of Turan at Atletico Madrid.
Turan, once considered among the best attacking midfielders in Europe, has struggled with injuries and poor form since his 2015 move from Atletico to Barcelona.
He made just 55 appearances in three seasons at the Camp Nou, scoring 15 goals.
In recent years, Turan's career has been overshadowed by a series of off-field controversies. In September, he received a three-year suspended jail sentence for firing a gun in a hospital after a fight with a singer.
He retired from international football in 2017 after allegedly abusing a journalist on the national team's plane.
In 2018, Turan was banned for 16 games for pushing a referee with both hands during a Turkish Super Lig match.
Source: Xinhua