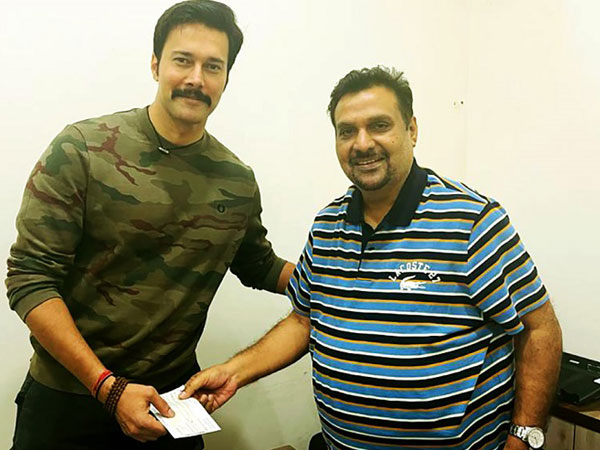 New Delhi [India], September 17 (ANI/BusinessWire India): Filmmaker Atul Agarrwal is all set to entertain viewers with a web series based on History of Kashmir, titled Kashmir - Enigma of Paradise. This is a mega web series project, wherein First Season will comprise 10 Episodes of 45 minutes each.
It will showcase 100 years of history of Kashmir starting from 1920.
For the first schedule Rajniesh Duggal, Inaamulhaq, Sajad Delafrooz, Ihana Dhillon, Akanksha Puri, Delbar Arya, Mahesh Balraj, and others are reaching Kashmir. Other Bollywood cast will also travel to Kashmir as per their shooting schedule. The war sequence of Kabaili attack upon Kashmir in 1947 is also going to be shot, in which Action Director Sunil Rodridgues will be doing the Action part.
The Web Series will be directed by Atul Agarrwal and produced by Rakesh Patel, Rakesh Lahoti, Kaushal Patel, Sanjay Dutta & Himanshubhai Shah under the banner ONE INDIA MOVIE ENTERTAINMENT.
Atul Agarrwal, who hails from Uttar Pradesh, pursued his M.Phil. from North India. He worked as a journalist and joined various media houses as a journalist like AajTak, Kaal Chakra news magazine, Jan Satta & NBT. He was the editor of ZINDA SAWAAL, a fortnightly publication from New Delhi. Later he decided to move to production and direction and directed the television series 'BHARAT EK DARSHAN' on Zee Entertainment Network. He has also directed many South films and Bollywood films along with television commercials.
Atul said, "The first schedule of the film will be held in Kashmir. The shooting will start on 18th September. 200 crew members will shoot this project in 120 days. I am very passionate about this project and look forward to starting shooting on it. Kashmir is known as heaven of India, and in the past, many films have been made with Kashmir as the backdrop. Our web series will focus on the beautiful state and the stories woven around the people living in it."
This story is provided by BusinessWire India. ANI will not be responsible in any way for the content of this article. (ANI/BusinessWire India)