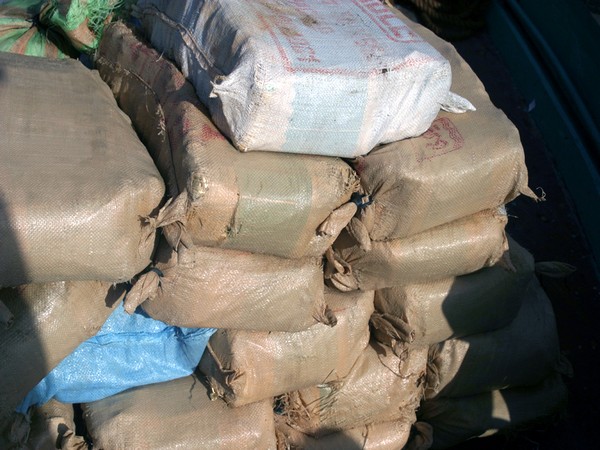 Barnala (Punjab) [India], July 24 (ANI): In one of the biggest crackdowns on drug networking cartels, the Barnala Police busted an inter-state gang of illegal syndicates supplying psychotropic drugs in 11 states and more than 50 districts of India.
Some 27,62,137 intoxicating tablets, capsules, injections and syrups were seized along with the arrest of 20 persons.
According to a press note issued by SSP Barnala, drug money worth Rs 70,03,800, as well as five vehicles were also recovered.
It said, "In a painstaking and meticulously planned operation executed over eight weeks, the Barnala Police team, under the supervision of SSP Barnala Sandeep Goel, kept close surveillance, conducted raids and unmasked the modus operandi of drug syndicate known as 'AGRA GANG', leading to arrest of one of the kingpins and their associates from states of Punjab, Haryana, West Bengal, Uttar Pradesh and Delhi."
"It is pertinent to mention that Barnala Police had earlier busted "MATHURA GANG" in the month of March, with the recovery of more than 44 lakh intoxicants and 1.5 crore drug money which was the biggest ever of intoxicating tablets/capsules/injections by Punjab Police", said the press note.
A case under section 21,22,25,29/61/85 NDPS Act was registered at police station Mehal Kalan which led to arrest of Balwinder Singh @ Nikka S/o Gurjant Singh and four others with along with the recovery of 2,85,000 intoxicating tablets (Tab Clovidol) in the month of May.
This further led to the arrest of Zulfikar Ali with 12,000 Tab Clovidol tablets. Following an interrogation, Ali revealed the whereabouts of Harish, a mastermind of drug dealers in Punjab.
After detailed surveillance and meticulous planning over two months, a trap was laid, a special team was sent to West Bengal where Harish was nabbed. The accused later unveiled the modus operandi and massive extent of AGRA GANG's operations regarding the supply chain of psychotropic drugs not only in Punjab but in over 11 states of the country.
Out of 20 people arrested, 16 belong to Punjab, two from UP, one from Haryana and one from Delhi.
Those accused revealed they used to push drugs into the market by tricked manufacturers, wholesalers and retail chemists located at different locations across the country.
The contraband smugglers used a pre-identified network of couriers /transport /goods carriers, operating from major cities Delhi, Agra, Amritsar, Jaipur, Gwalior, Bhopal and delivered consignments to various locations in several states with help of fake/undervalued bills using local transporters.
Payment and transfer of money was done via multiple cash transactions into bank accounts especially created for this purpose and use of the Hawala process. (ANI)