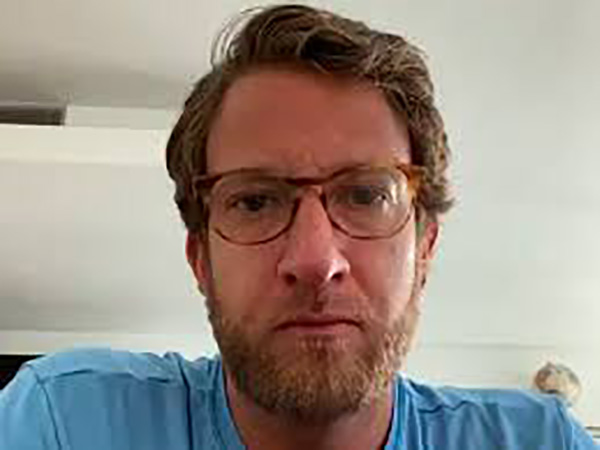 Washington (USA) July 28: Barstool Sports founder Dave Portnoy accused "The View" co-host Sunny Hostin of lying about him on Monday after the daytime talk show dissected the president's decision to speak with the controversial media mogul.
President Trump sat down for a candid interview with Portnoy last week to discuss a variety of topics, including Twitter and the coronavirus outbreak. The wildly popular interview has been viewed millions of times - but Hostin wasn't a fan.
"It didn't strike me as odd, at all, that [Trump] chose to sit with Dave Portnoy, because Dave Portnoy is such a controversial figure. I mean, he's had many of his employees quit because of racism, he called [Colin] Kaepernick an 'ISIS guy'... over a dozen women, Barstool Sports reporters refused to sit down with HBO because they feared rape threats, he's been on video using the n-word and, so, it's not surprising to me that Trump would sit down with someone with that kind of reputation," Hostin said.
Portnoy quickly took to Twitter to defend himself, noting that HBO did a "full story" on him, he's never made a rape threat so Hostin's claim is "a flat lie" and his controversial use of the n-word occurred when quoting lyrics to a rap song.
"Context matters," Portnoy wrote, adding "#FakeNews."
"The View" did not immediately respond to a request for comment.
Barstool Sports has emerged as one of the most influential and popular new media companies in America, but has become more and more polarizing along the way. Last year, HBO's "Real Sports" aired a detailed look at the company, which was anchored by Soledad O'Brien.
Earlier this month, Portnoy offered an apology to his employees over resurfaced remarks he made several years ago about Kaepernick despite previously vowing he would not "bend the knee" to the viral cancel culture mob.
Portnoy initially defended his remarks, insisting it was "literally a joke from 'The Office'," while acknowledging they wouldn't be tasteful today and dismissed his critics who he thought were "haters" who had wanted to get rid of him for years.
Portnoy struck a drastically different tone a few days later with a video message mostly addressing his own staff.
"I wasn't going to apologize because I knew I was trying to be funny. I wasn't trying to offend. The intent was to make people laugh," Portnoy said. "Here's what happened: unbeknownst to me and something I didn't plan on doing, I alienated a lot of the people who work for me now."
He explained that over the years his company has hired more minorities and women, insisting they shouldn't have to "defend" him or working for the company.
"I did a very poor job in that first video making it clear who I believe I was responding to, which is just pure Barstool haters," Portnoy continued. "I don't care what people who don't know me think about me. I care very much about people who do know me and work at Barstool and if they're bringing up concerns and issues, I'll always f---in' listen. And they have been bringing up the issues. They're like, 'You have to admit this is f---in' wrong.'"
Portnoy continued, "I should have had their back from the very beginning and been like, 'Yep, I wish I didn't f---in' say that s---, I'm sorry.'"
Source: Fox News