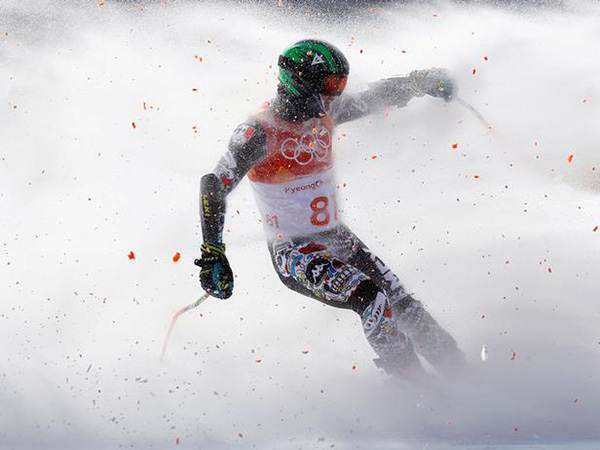 Ottawa (Canada) Nov 22: At the top of the white board at Dara Howell's Toronto-based gym, you'll see "Dara 3.0" written in big, bold letters.
Her trainer initially wrote Dara 2.0 after she came back from ACL surgery earlier this year, but it didn't feel right to Howell.
"This is my third time around and it's like, 'let's go, let's get after it,'" the Canadian freestyle skier told CBC Sports, laughing. "I've been there, done that with the other numbers."
Few athletes have had as many reincarnations as Howell. In her eight years on Freestyle Canada's national team, the 25-year-old has reinvented herself in ways that only come from experiencing the indescribable highs and the unbearable lows of being a pro athlete.
The key to the Huntsville, Ont.-native's most recent evolution? Befriending fear. And it's already paying off, with Howell taking big air bronze at her first World Cup back from injury on Nov. 3.
"I'm so prepared and so focused and determined on what I'm doing, I look at [fear] as a positive instead of a negative," said Howell. "And that's a really freeing feeling."
Daras 1.0 and 2.0
Howell's career continuously pushed her into the unknown, only for her to wade back to shore, and be thrown back into the deep end.
In her late teens, Howell saw an unbelievable run of success. In 2012, at just 17, she was the youngest competitor at X-Games Aspen and would go on to win two slopestyle bronze medals in 2013. She took world championship silver that same year, and followed up with her infamous Olympic slopestyle gold at Sochi 2014. Howell achieved more than most athletes dream of all before turning 20.
But living up to the role of Olympic champion wasn't easy. Howell's been open about her mental health struggles during the years that followed.
But she was able to rediscover her love of skiing in time for PyeongChang 2018 where she finished 21st: unchartered territory Howell.
"Obviously I was disappointed, but I left those Games ready to work," she said. "But I think mentally I still wasn't quite ready."
"I look back at it now . I was a ticking time bomb."
From surgery table to medal table
The inevitable explosion came in the form of a fall at the first big air World Cup of the 2018-19 season. Howell tore her ACL, which she had never done before.
"No matter what I did, I think something like that was going to happen," said Howell. "It really set me back again, just the unknown."
But she got surgery right away and ended up training with Matt Nichol's team in Toronto. Howell credits them not only with helping her come back, but come back stronger then ever.
And her bronze medal performance in Modena, Italy, is a testament to that work.
"Success means so much more to me now," Howell said when comparing her early career to the present. "Italy was a true definition of success for me and probably one of the proudest moments I've ever had in my career.
"It was relief too in a way . everything I hoped and dreamed for again is starting to happen."
Back into the unknown with big air
Howell hasn't competed in big air for long; her first World Cup was March 2018. Even though she's known as a slopestyle specialist and has to learn a new arsenal of tricks, Howell's heart is in big air.
Good timing, considering the event makes its Olympic debut in Beijing 2022.
"I think it's a fresh start," Howell said when asked what she wants her third Games to represent. "I really feel like the first one was so above my head, the second one was just chaos, and this one I look at as an opportunity for Dara.
"Not about anything or anyone else other than Dara."
So this season we'll watch Howell pick herself up yet again, wandering back into the unknown but, this time, excited and prepared to be there.
But throughout being Dara the Olympic champion, Dara who's finished off the podium, Dara the slopestyle skier, and now Dara the multi-discipline athlete, one thing has stayed quintessentially Dara.
"I think my heart has stayed the same," Howell said. "I always want to try my best - even if I'm not necessarily showing that or giving that - I always want to give it 110 per cent.
"And I think that's kind of special."
Source: CBC News