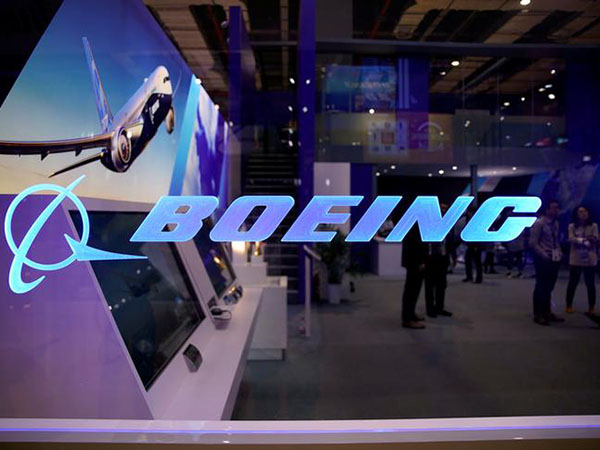 New York (USA) Nov 12: Boeing still believes it can get permission before the end of this year to fly the 737 Max again.
The plane has been grounded by aviation authorities around the world since March because of two fatal crashes that killed all 346 people aboard the flights. Those crashes have been tied to an automatic safety system on the plane. Boeing has said it is working around the clock on a fix for the problem.
Boeing's (BA) stock rose 4.5% on the news, on track for its best day since June. That helped lift the Dow (INDU) into positive territory: Boeing is the most heavily weighted stock in the index.
Since this summer Boeing has said that it hoped to get approval from the US Federal Aviation Administration for the plane to fly again sometime in the fourth quarter of this year.
The FAA has refused to comment on a timeline for recertification, stating last month that it "will lift the grounding order only after we have determined the aircraft is safe."
But Monday Boeing said it "continues to target FAA certification of the MAX flight control software updates during this quarter. Based on this schedule, it is possible that the resumption of MAX deliveries to airline customers could begin in December." Boeing noted, however, that the decision rests with FAA.
In recent weeks there have been new questions about whether Boeing would be able stick to that schedule, especially when it was revealed last month that some of its employees had questioned the plane's safety in internal communications during the original certification process in 2016. The FAA stated that communication was "concerning" and that it was "disappointed" that Boeing had not made the regulator aware of the communication earlier in the investigation.
Boeing has continued to build about 42 of the jets each month even, although it can't deliver them to customers during the grounding. The deliveries are important to Boeing, because it collects most of the money from a sale when a plane is delivered to an airline.
Boeing has previously said the process of working through the backlog of completed planes will take until 2021, since it can't immediately deliver all the planes it built.
The company also said it is "working towards final validation of the updated training requirements, which must occur before the MAX returns to commercial service, and which we now expect to begin in January."
The airlines have pushed back on the date when they expect to resume the flights they have canceled due to jet's grounding. Southwest Airlines (LUV), which owns more of the grounded 737 Max jets than any other company, said in a filing last week that the uncertainty about its return to service means it won't be able to resume the canceled flights until March.
Source: CNN News