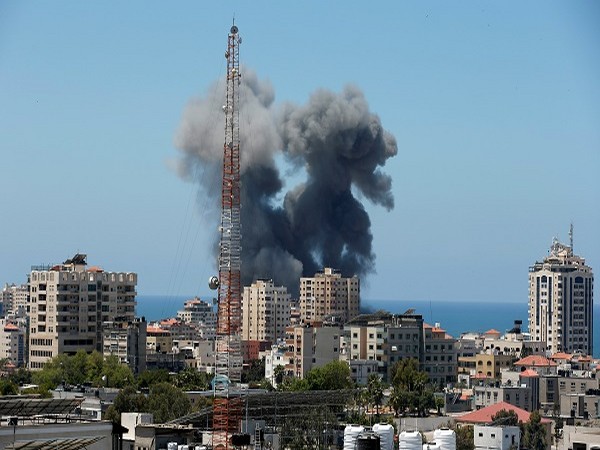 Gaza (Palestine) May 22: Calm dominated the Gaza Strip on Friday after an Egyptian-brokered cease-fire took effect between Israel and militant groups led by the Palestinian Islamic Resistance Movement (Hamas), eyewitnesses said.
Violent tension and 11 days of a tit-for-tat trade of fire in the besieged coastal enclave ended at 2:00 a.m. Friday local time (2300 GMT Thursday) after the cease-fire came into effect, according to Hamas officials.
Abu Obeida, a spokesman of Hamas armed wing al-Qassam Brigades, said in a short recorded speech aired on the movement's al-Aqsa television that militant groups halted firing rockets at Israel to make the cease-fire successful.
"We had prepared strikes of rockets that would cover all (Israel) from the city of Haifa in the north to Ramon in the south, but we responded to the cease-fire to watch the enemy's behavior," the masked spokesman said.
Right after the fighting ended, the health ministry rescue teams started working until Friday afternoon to search for missing people under the rubble of hundreds of buildings that were destroyed in the last 11 days.
In the southern Gaza Strip, the rescue teams found 10 Palestinians dead, who were buried under the rubble of a completed destroyed building struck on Thursday evening, according to health ministry spokesman in Gaza Ashraf al-Qedra.
He added that another girl was found dead under the rubble of a house in Gaza city, which was destroyed by Israeli fighter jets on Thursday night.
"The death toll since the start of the aggression on the Gaza Strip reached 243, including 66 children, 39 women and 17 elderly," al-Qedra said, adding that 1,910 were injured.
A Palestinian government official said on Thursday that more than 1,800 housing units in Gaza have been destroyed as a result of Israeli attacks.
NajiSarhan, a senior official of the Ministry of Public Works and Housing in Gaza, said that more than 17,000 housing units were partially damaged, according to the initial estimates of the losses.
Sarhan said that five large residential towers were completely demolished, while 74 government facilities and headquarters were destroyed.
He added that the ministry's staff has been working around the clock since the beginning of the tension to remove the rubble of the destroyed houses and open the streets.
Sarhan said the financial losses for the demolition of buildings and residential facilities hit about 150 million U.S. dollars, according to preliminary estimates, adding that the ministry needs 350 million dollars to rebuild the housing sector.
Source: Xinhua