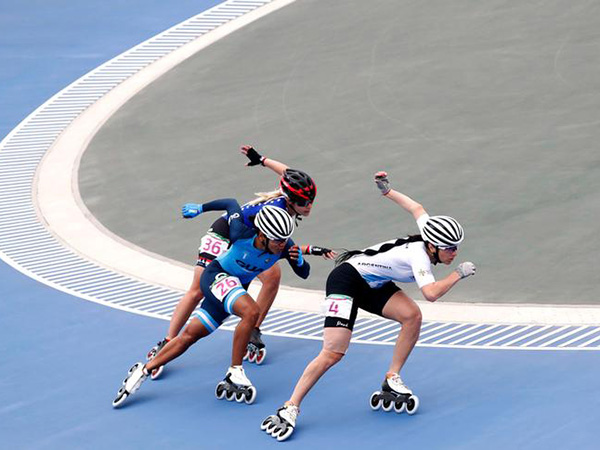 Ottawa (Canada) Nov 23: Canada took the bronze medal in the men's team sprint event Friday at a speedskating World Cup stop.
Alex Boisvert-Lacroix of Sherbrooke, Que., Laurent Dubreuil of Levis, Que., and David La Rue of Saint-Lambert, Que., skated a time of one minute 20.966 seconds in the second-last pairing of the afternoon to temporarily put themselves in first place. Skating in the final pairing, the Netherlands finished first and China came second to replicate the podium from last weekend's World Cup in Belarus.
Dubreuil, La Rue and Calgary's Gilmore Junio finished third at last week's World Cup stop.
"This weekend, we used a different team than the last World Cup," Dubreuil said. "To know that we are capable of putting two different combinations of skaters on the ice and still be competitive gives us lots of confidence. We think we are capable of reaching toward second place. It's a question of keeping up our speed later in the race; at the start we are very, very strong."
Isabelle Weidemann and Ivanie Blondin, both of Ottawa, finished fourth and eighth, respectively, in the women's 3,000 metres. Weidemann won the event and Blondin finished third in last week's event.
Graeme Fish of Moose Jaw, Sask., finished eighth in the men's 5,000.
Racing continues Saturday at 9:00 a.m. ET and will be live streamed at CBCSports.ca.
Source: CBC News