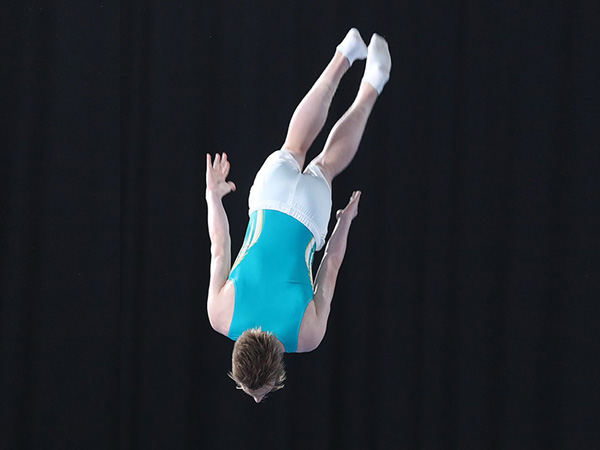 Ottawa (Canada) Nov 30: Canada has captured bronze in the women's team event at the trampoline gymnastics world championships.
Samantha Smith of Vancouver, Sarah Milette of Longueuil, Que., Sophiane Methot of La Prairie, Que., and Rosie MacLennan of King City, Ont., moved up to third from fifth in the finals on Friday.
MacLennan, a two-time Olympic gold medallist, did not compete in the finals, giving her more rest before the individual semifinals on Saturday.
Canada finished with 133.745 points. Host Japan won gold with 165.225, while Great Britain took silver with 162.820.
"We have an amazing team, and it's been such an honour and a privilege to compete next to them," said MacLennan.
"It's been really impressive to see how much they've improved over the last few years, and I think all of us go out, and have fun in training and just support each other. It might be an individual sport most of the time, but we definitely approach it like a team."
In the women's double mini-trampoline final, Kalena Soehn of Red Deer, Alta., Laurence Roux of Blainville, Que., and Jordyn Miller-Burko of Hamilton were fifth.
Smith and Toronto's Rachel Tam finished sixth in women's synchronized trampoline qualifying to advance to the finals.
Action continues from Tokyo on Saturday at 1 a.m. ET, which you can watch live on CBCSports.ca
Coverage continues through Sunday.
Source: CBC News