Canada's Sean McColl climbing his way to history in Tokyo 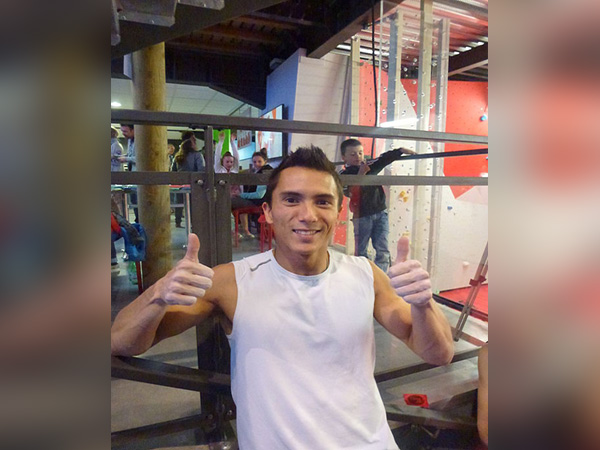 Ottawa (Canada) Nov 27: Sean McColl has been practically climbing a wall his whole life to get to the Olympics. But the 32-year-old never thought he would actually reach the top.
"The morning after I qualified, I somewhat expected to kind of wake up and maybe find the last three or four years were a dream," McColl, a professional sport climber from North Vancouver, said recently.
As a kid he always pictured himself at the Olympics, but he didn't actually see any way of getting there.
"I just knew I was in a sport that wasn't in the Olympics," he said. "So, I also knew I would probably never be in the Olympics."
That changed in 2016 when sport climbing, along with surfing and skateboarding, was added in an attempt by the International Olympic Committee to make the Games more appealing to a younger audience.
McColl has 183,000 followers on Instagram alone watching images of his every move. He's also been featured as a contestant dangling over the obstacle course in the popular television program American Ninja Warriors.
McColl still pinches himself that his sport was added to the Olympics, but also thanks his lucky stars at the event chosen for the Games.
"It's turns out the discipline was one that I was already quite good at," he said.
That's an understatement. He's a four-time world champion over the past decade in the combined event which will likely make him a favourite for a medal.
At the Olympics, the climbing competition will include three different events with the combined ranking in all three determining the medal winner.
There's speed climbing, a head to head race up the wall. The fastest wins the most points.
Bouldering incorporates four five-metre obstacles and whoever completes the most is ranked first. The athletes are held in a closed room until they compete so they have little time to prepare for the obstacles they are seeing for the first time. Generally, they are so hard there's usually only one person who completes all of them.
The last discipline, McColl's best, is lead climbing. There's a six-minute time limit and whoever scales the wall the highest wins.
At the combined world championships in August in Japan, McColl earned enough points to qualify for Tokyo. But he was actually disappointed with his performance because he didn't make it into the final.
"To miss the finals, I was like yeah, OK, I qualified for the Olympics that was the goal," he said. "But I was disappointed to not be in the final for what would have been a mock finals for the Olympics. I wish I could have been in that."
He felt the more competition he could have had in Japan, the more he could simulate the kinds of conditions he'll experience next summer at the Olympics.
While the weather is getting colder in Canada, McColl is thinking of finding ways to prepare for the heat and humidity he expects to face in Tokyo next summer.
The climbing event will take place on an artificial course outdoors.
"It's going to be super hot. I might do some training in a hot environment like a sauna, or it might just be I go into a sauna and then come out and climb right away."
McColl says his favourite discipline is lead climbing, where athletes have six minutes to climb has high as they can. (AFP via Getty Images)
McColl started climbing when he was 10 at a friend's birthday party. A few months after, his whole family got involved in the sport when they joined a climbing gym.
"That was the beginning of well, I'll call it my career," McColl said.
McColl's mother has Chinese heritage and his name in Chinese means "mountain boy." He has it tattooed on his body.
For McColl, climbing feels as natural as walking.
"I remember being a kid and being on the jungle gym and wanting to climb trees," he said. "When I started climbing it was almost a free pass to go climb things, so for me I was like a kid in a candy shop."
He says the discipline of climbing isn't as extreme as some people think because of the safety measures involved.
"Usually the injuries you can sustain in climbing are rolled ankles falling to the ground," he said. "The worst ones are broken legs or torn ACL, but even those are few and far between."
He says most climbers do suffer finger or hand injuries, something he went through a couple of years ago. Finger strength is crucial in climbing and he is sometimes wary of shaking people's hands because he says some people get carried away.
"Some people that I meet they think that they'll shake my hand really strong for some weird reason. I don't like it when people are too aggressive with my hands because this is part of my profession, so I take incredibly good care of my hands."
He's hoping to show his strength in other ways in Tokyo.
"Definitely I'm biased being a climber, but I think it's going to be amazing. I talk to people that are always super excited to see what the sport of climbing is all about."
Source: CBC News