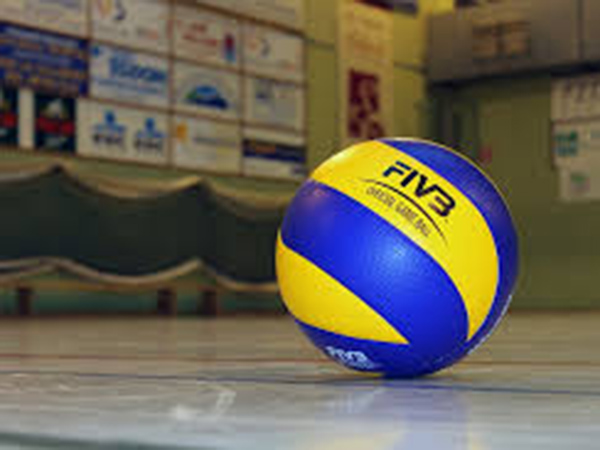 Ottawa (Canada) Jan 13: The Canadian men's volleyball team is heading to this summer's Olympic Games in Tokyo.
The men used a 3-0 win over Puerto Rico on Sunday to clinch a spot at the Olympics during the NORCECA men's qualification tournament played at the Pacific Coliseum in Vancouver.
"This is amazing," said Blair Bann, one of eight players making a return trip to the Games. "It's a good feeling right now.
"Today we knew it was going to be all in. If we gave our best effort, we would be successful."
Canada, ranked seventh in the world, defeated 24th-ranked Puerto Rico 25-21, 25-15, 25-15.
Canada secured the Olympic berth by being the only undefeated team at the four-country tournament.
After the final point was scored, Canadian players flooded the court, wrapping each other in hugs. Coach Glenn Hoag knelt on one knee and gave a fist pump.
"It gives you extra energy as a coach to get them to live that dream," said Hoag, who also coached the team four years ago in Rio. "The guys have been so good at respecting the game plan. They were so focused. They have been like this all weekend.
"That's what you need in such a stressful situation."
An exciting 3-2 win over Cuba Saturday night put Canada in the driver's seat heading into the final day of the three-day competition.
The men's Olympic dream looked in peril after they dropped the first two sets against 18th-ranked Cuba by identical 25-22 scores. They averted disaster by winning the next three sets 25-12, 25-21 and 15-9.
"We don't do anything too easy," said Bann, an Edmonton native who played volleyball at the University of British Columbia.
"Yesterday was an amazing match. To come out here and play this game . . . we are looking for more of that resiliency going into the summer."
Ryan Sclater, a Port Coquitlam, B.C., native who will play in his first Olympics, said the whole weekend was surreal.
"It felt like a something out of a movie the way everything fell into place," he said. "Today it really has sunk in."
Canada gets methodical
Sclater praised the leadership shown by the team veterans.
"What was really inspiring for me . . . was that they didn't take anything for granted," he said. "They were pushing harder than anyone to try and get back [to the Olympics], to try to make it happen for us who never had been there before."
Cuba defeated Mexico 3-1 in Sunday's other game.
With their tickets to Tokyo in their grasp, the Canadians put on a steady performance against Puerto Rico. There were some flashy spikes and big blocks, but Canada was mostly methodical. The Puerto Ricans were never really out of any of the sets, but didn't threaten either.
"We have taken care of business with Puerto Rico before," said Bann. "Just knowing if we play free, if we play confident, we should be successful today.
"That showed in most of those sets."
Canada found itself trailing 4-1 early in the first set. After some opening nerves, the Canadians settled down and built a lead they didn't relinquish.
In the second set, the men led by as many as 10 points while cruising to an easy victory.
Despite being down 0-2, Puerto Rico refused to go down without a fight in the third set. The Puerto Ricans kept the game close until the Canadians reeled off seven straight points for a 16-9 lead.
The Canadian men qualified for the 2016 Rio Olympics after an almost a quarter-century absence from the Summer Games. The then-No. 12 Canadians bowed out to Russia in the quarter-finals of those Games.
Hoag believes this year's team can be a contender in Tokyo.
"We have some areas we need to improve to really hope for a medal," he said. "We are going to put our attention on that. We have experience and some really young players.
"If we can get some of those weaknesses to be a little (better) I think we can hope to challenge the best in the work."
Women's squad falls short of Tokyo
While the Canadian men are heading to Tokyo, the women's team failed to qualify during a tournament in Santo Domingo, Dominican Republic.
Five Canadian teams - men's and women's rugby sevens, women's softball, men's field hockey and women's water polo - have already qualified for the Tokyo Olympics. That matches the previous high of a non-boycotted Games - excluding the 1976 Olympics in Montreal when the country sent nine teams as a host.
Canada's basketball and soccer teams can also punch their tickets to Tokyo in the coming months.
Source: CBC News