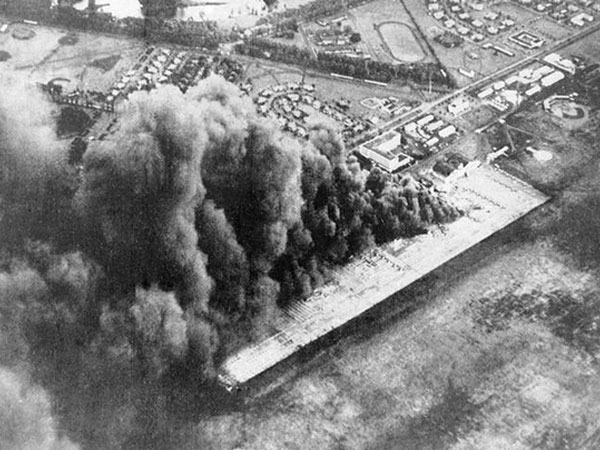 Tokyo (Japan) Dec 8: About 2,000 people have gathered in Pearl Harbor, Hawaii, to remember the victims of the Japanese attack there 78 years ago.
US veterans and the victims' relatives assembled in a park overlooking the harbor on Saturday.
They observed a moment of silence at 07:55 a.m., the same time when the attack began on December 7,1941. More than 2,400 people died in the attack.
Rear Admiral Robert Chadwick, commander of US Navy region Hawaii said that they are commemorating the tragic attack and taking the opportunity to honor and recognize the resilience of their nation.
A salute was fired toward the harbor where the battle ships which sank during the assault came to rest under water.
Every year, fewer people remain who can share their firsthand experiences of the attack.
Source: NHK World