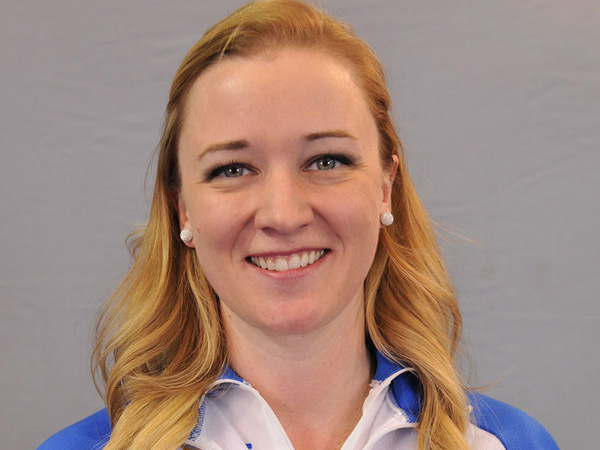 Ottawa (Canada) Nov 22: Canadian curler Chelsea Carey is gearing up for Sunday's Grey Cup game in Calgary and is hoping a Winnipeg Blue Bombers hat once worn by her late grandfather can bring some luck to his favourite team in the championship game.
"My gido [grandfather] thought he was everyone's good luck charm," Carey said. "So my mom thought it would be appropriate if I wore his hat to the game to bring the Bombers good luck."
John Demkiw, Carey's grandfather, was an avid sports fan, especially of the quintessentially Canadian games of curling and the CFL. The Blue Bombers were the team he cheered for.
He wasn't always a sports fan, however. Demkiw immigrated to Canada from Ukraine with his wife after the Second World War. Barely able to speak English, they arrived in the Manitoba capital with nothing, but quickly began building a life for themselves.
Demkiw was Carey's biggest fan and tried to attend as many events as he could to cheer on his granddaughter. But in December 2017, Demkiw died when Carey was competing in the Olympic curling trials in Ottawa. Carey had to miss his funeral, ultimately losing in the championship final to Rachel Homan.
"I would have loved to have been there for the funeral, but he would have wanted me to be here and pour my heart and soul into that game and that's what I did," Carey said during an interview that week.
She went on to recount how her grandfather fell in love with curling at the 1992 Brier in Regina. Her father, Dan, was playing third for the Manitoba team skipped by Vic Peters that would go on to win the championship.
It was Chelsea's first great curling memory. And she was right beside her grandfather for it all.
"He was so happy when they won, he didn't know what to do with himself. So he took his hat off and threw it onto the ice," Carey said.
Demkiw didn't know much about sports - curling or football - but he believed he was the lucky charm that not only propelled Manitoba to the Brier win that year, but that he was also good luck for all the teams he supported.
"He was convinced he was their good luck charm," Carey said. "He knew absolutely nothing about curling having come from Ukraine. Neither did my mom after she met my dad. They learned about it after all of that."
Born in Winnipeg but now living in Calgary, Chelsea is attending Sunday's 107th Grey Cup between the Blue Bombers and Hamilton Tiger Cats. Winnipeg hasn't won a championship since 1990 - two years prior to Dan's Brier win. Carey has been looking for Bombers apparel to wear to the game but without much luck.
"I looked on every website to find a Bombers hat that I could rush ship to myself in Calgary before the Grey Cup," Chelsea said. "My mom went to several stores in Winnipeg and there were none."
Then they both remembered the Bombers' hat worn by her grandfather, the replacement for the one he tossed on the ice all those years ago. Chelsea's dad saved the hat after Demkiw's death. It's being brought to her to wear on Sunday during the game.
"I think it's going to be a hell of a game to be honest. Obviously, I want the Bombers to pull it off," Carey said. "I think it's going to be a battle. I think it might be their destiny to win this."
And Carey hopes her gido's Bombers' cap can help propel Winnipeg to victory.
"He was an amazing man. He was the kindest, most gentle soul I've maybe ever met," she said. "He didn't really know much about football but he knew it was a Winnipeg team so he cheered for them."
Source: CBC News