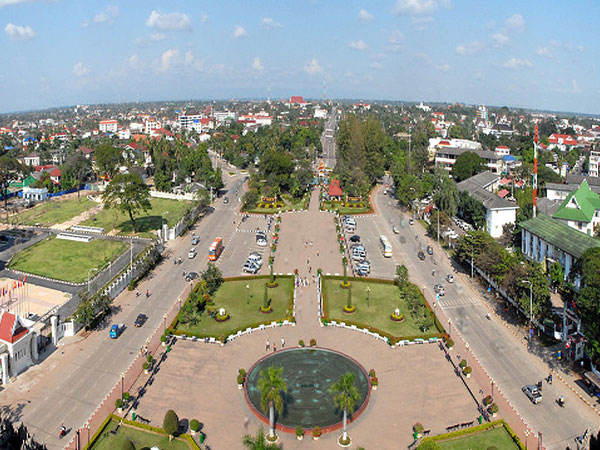 Vientiane (Laos) Dec 3: On the 44th anniversary of the funding of the Lao People's Democratic Republic on Dec. 2, 2019, the China Railway No.2 Engineering Group (CREC-2) has welded the first 500-meter-long rail for the China-Laos railway project in Lao capital Vientiane.
The rail, which is to be installed along the seamless China-Laos railway, is also the first long railway rail in the history of Lao transportation, of southeastern Asian transportation and is also the longest one in Asia so far, except in China.
The success of the welding also marked that the welding base for the China-Laos railway project was formally put into operation, laying a solid foundation for the railing of the China-Laos Railway.
Donchinda Sihalth, the executive deputy general manager of the Laos-China Railway Co., Ltd., which is responsible for the construction and operation of the China-Laos railway, said at the first welding ceremony that the Lao national day witnessing the success of the first long track's welding is worth of the warmest congratulations from the company, and from the Lao people.
The CREC-2 rail-welding yard, with a range of around nine hectares, is to weld all the rails, welding every 20 25-meter-long rail sections into one 500-meter-long rail, for the China-Laos railway.
Hu Bin, the manager of the CREC-2 rail-welding yard, said to Xinhua "Since the groundbreaking on May 16, staff at the rail-welding yard's construction have overcome the difficulties and delays triggered by the long rainy season. We have been working day and night, and have completed the construction of the yard, equipment installation and commissioning on schedule, as to to ensure the smooth progresses of production."
The China-Laos Railway is a strategic docking project between the China-proposed Belt and Road Initiative and Laos' strategy to convert from a landlocked country to a land-linked hub.
The 414.332-km railway, with 198-km tunnels and 62-km bridges, will run from Boten border gate in northern Laos, bordering China, to Vientiane with an operating speed of 160 km per hour.
The electrified passenger and cargo railway is built with the full application of Chinese management and technical standards.
The project started in December 2016 and is scheduled to be completed and opened to traffic in December 2021.
Source: Xinhua