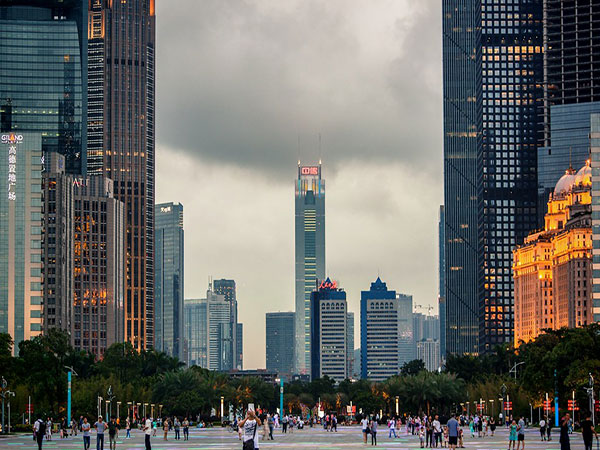 Beijing (China) Dec 02: It was a cold November when Hugh Peyman, then a journalist with Reuters, made his first visit to China in 1978, a year before foreigners were granted individual tourist visas.
Unfortunately, his first impression of the orient nation was quite depressing.
Shenzhen was not even known to foreigners at that time. It was just a fishing village surrounded by countryside.
"Blink and you would miss it," he recalled.
Guangzhou, the provincial capital, was no better. It was described by the British reporter as "a dull, grey town that looks like 1930s Europe."
However, Peyman did see one thing that sparked his interest -- the renewed spirit of the Chinese people.
The Guangzhou Conservatoire (now the Xinghai Conservatory of Music), had recently reopened, and upon his visit, he met musicians and dancers who in their rehearsals displayed great determination to make up for lost time.
Peyman was also captured by a singular, arresting sight in downtown Guilin as he traveled down the fabled Lijiang River to the limestone karst wonderland. People were tirelessly repairing a partially roofless house which had been left exposed to rain and wind for a very long time.
"No one had bothered to repair it before," he said. "But now they were."
Not long after Peyman's China tour, a great change unveiled on the very vast piece of land as Deng Xiaoping and the economic reformers adopted reform and opening up policies.
"China" became a word that Peyman has never parted with ever since.
"China's scale, speed and impact have been literally unprecedented, with 1.4 billion people creating the fastest ever prolonged economic spurt," Peyman wrote 40 years later in the preface of his book "China's Change: The Greatest Show on Earth," with its simplified Chinese version recently published in Beijing.
Peyman's "first encounter" with China came in 1970 when he went to Zambia as an exchange student at the age of 18 before going to Oxford.
The eye-opening experiences and awakenings in Africa intrigued him to co-author a book on the China-built Tanzania-Zambia Railway.
Peyman married a Fujian-born Chinese banker in Hong Kong in 1979 and started his new career as an investment analyst two years later.
"By 2001, it was clear to me that China would become the next big emerging market, and in fact, the biggest of all time," Peyman said. So he moved his Singapore-based firm to Shanghai.
"I could experience what was happening on the ground first hand, providing insights to answer questions posed by fund managers," he said.
Peyman used to have a hard time trying to understand some of the things his wife said and did, which forced him to dig deeper into the realm of Chinese thinking, history and philosophy.
After reading Confucius, Mencius and strategists like Sun Tzu in translation, as well as scholars' official commentaries on them, he realized the profound influence that traditional Chinese philosophy had on how the modern country manages and develops its economy.
China's management of change, rooted in its long-standing philosophical ideas, is what Peyman found behind the nation's success.
"Seeking truth from facts" and "crossing the river by feeling the stones" might not sound very profound or precise, but it turns out to be a lot more realistic and practical than many Western approaches created in ivory towers, he wrote in the book.
China is growing stronger, and the cultural differences between the East and West, as well as the fear of China's rise, are the major causes of misunderstandings of China, said Peyman, who also values the market-driven economy, entrepreneurship and open market segments of the country.
"Assuming that China implements the measures it has outlined in opening up further, protecting intellectual property and more state-owned enterprise reform, there is no reason why China cannot upgrade its economy further for at least the next decade," he said.
Peyman is optimistic about the economic potential in China's inland provinces and the new economy which is spearheaded by the private sector.
"Not just Alibaba and Tencent, but the myriads of younger companies that have sprouted in response to this economy-changing opportunity around new industries," he said.
Source: Xinhua