Clemson assistant coach apologizes for 2017 use of racial slur 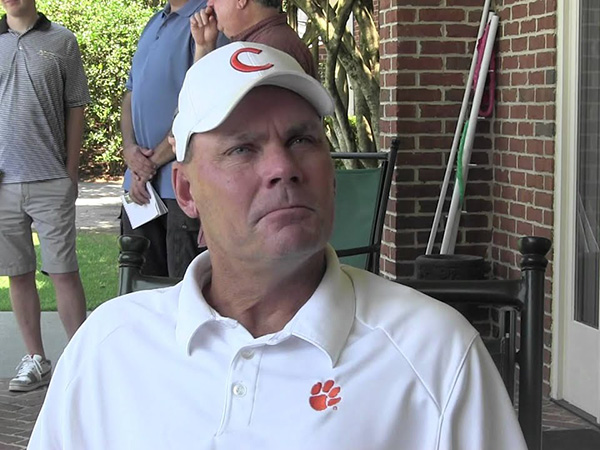 Washington (USA) June 3: A Clemson assistant coach has apologized for using a racial slur in front of the football team in 2017, Fox News has confirmed.
Clemson assistant coach Danny Pearman told Fox News in a statement Tuesday that the incident involved former player D.J. Greenlee. The incident reportedly took place in 2017.
"Three years ago on the practice field, I made a grave mistake involving D.J. Greenlee. I repeated a racial slur I overheard when trying to stop the word from being used on the practice field. What I overheard, I had no right to repeat," Pearman said.
"While I did not direct the term at any player, I know there is no excuse for me using the language in any circumstance. I never should have repeated the phrase. It was wrong when I said it, and it is wrong today," he continued.
"I apologized to D.J. at the conclusion of practice, who then appropriately raised his concern to Coach [Dabo] Swinney. Coach and I met to discuss the incident, and he reiterated that my language was unacceptable," he said. "I later apologized again, as well as expressed my sincere regret to our position group the following day."
Pearman added: "I love the young men who choose to come to our university, and I would never do anything to intentionally hurt them. I sincerely apologize to D.J., his family, our team and our staff."
His statement was in response to Fox News' request for comment from the Clemson Athletic Department.
On Tuesday, Swinney issued a statement about the death of George Floyd, a Minneapolis man who died while in police custody May 25 after an officer kneeled on his neck for more than eight minutes in a moment caught on cellphone video.
In responding to that statement, former Clemson player Kanyon Tuttle wrote on Twitter that Swinney once allowed another coach to use a racial slur at practice, calling out his statement in the wake of Floyd's death.
Tuttle responded Tuesday on Twitter and called out the racial slur.
"Not even a team apology," he wrote. "When we had the sit-in in front of sikes [sic] you suggested us players try to stay out of it to limit distractions. Stop protecting your brand, take a stand."
In another tweet, Tuttle added: "Don't think I don't respect Coach Swinney, he is not a terrible person by any means. But he needs to do better than this. All the black athletes that helped you get where you are, you can do better to show them you really have their best interest at heart."
Former Clemson player Zach Giella said in a now-deleted tweet: "I remember that sh-- like it was yesterday."
Source: Fox News