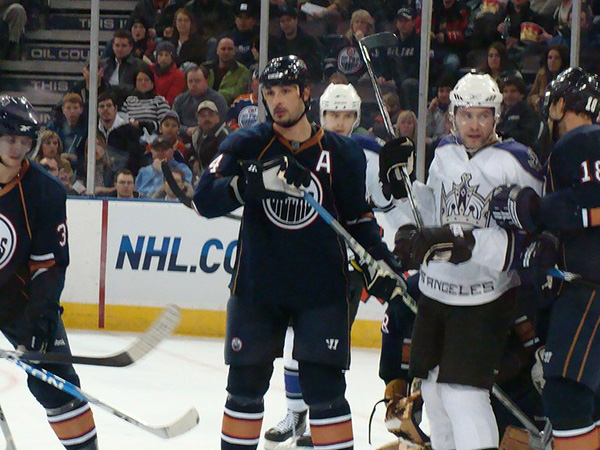 Ottawa (Canada) Nov 22: With Sheldon Keefe in and Mike Babcock out, the Toronto Maple Leafs organization and fans are now left hoping their season will mirror recent results of some in-season coaching moves.
In the past 10 years, four teams have gone on to win the Stanley Cup after firing their head coach during the season. And prior to 2009, only three teams in league history had accomplished the feat. Coincidentally, the Leafs - in 1932 when they replaced Art Duncan with Dick Irvin Sr. - were the first to do it.
At 9-10-4 this season and in the middle of a six-game winless streak (0-5-1), the Leafs sit 21st in the league standings.
On Thursday in Phoenix, Maple Leafs general manager Kyle Dubas recounted his previous experience with coaching changes when he was GM of the Sault Ste. Marie Greyhound of the Ontario Hockey League. In 2012, the then 27-year-old fired Mike Stapleton as head coach and replaced him with Keefe.
"I know it's a lower level but we've gone through a change like this in-season and so that made it a little bit easier," Dubas said. "It's not optimal by any stretch but we've had to do this before and this is obviously going to be a bigger test."
Babcock's dismissal was almost a year to the day that St. Louis fired Mike Yeo after a 7-9-3 start. Craig Berube took over but on Jan. 1 the Blues were dead last in the league at 15-18-4.
However, the team went 30-10-5 the rest of the season, including a franchise-record 11-game winning streak, and beat the Boston Bruins in seven games to win their first Cup in franchise history.
Following the win, Blues general manager Doug Armstrong pointed to what made the difference.
"What he [Berube] stressed to everyone in our group is, let's live in the moment," Armstrong told the Associated Press. "You're not going to change yesterday and tomorrow is going to come soon enough, let's work on today."
Berube added his own revelation as to what turned around the Blues historic season.
"It's really conversations with the players more than anything," Berube told the AP. "It's putting the team-first mindset [out there] and drilling it into the team. Once we started to get that and once I started to see guys fitting in certain areas, we were playing pretty good hockey.
"We just weren't getting the wins and [then] that started to come."
The Pittsburgh Penguins are the only franchise to pull off the miracle move twice.
Both Dan Bylsma (2009) and Mike Sullivan (2016) were coaching the Penguins' AHL affiliate and had no NHL head coaching experience prior to leading their teams to a Stanley Cup title.
Darryl Sutter did it with the Los Angeles Kings in 2012, also becoming the first No. 8 seed to win.
Sutter and the Kings also became the first team to claim a 3-0 series lead in each playoff round, and went 16-4 in the Stanley Cup playoffs.
Like Bylsma and Sullivan, the Leafs' new 39-year-old head coach lacks NHL experience but his resume at previous levels stands out.
Keefe was the 2014-15 Canadian Hockey League coach of the year with the Sault Ste. Marie Greyhounds following Dubas' departure to Toronto, and under Dubas again he led the Toronto Marlies to a Calder Cup in 2018.
Source: CBC News