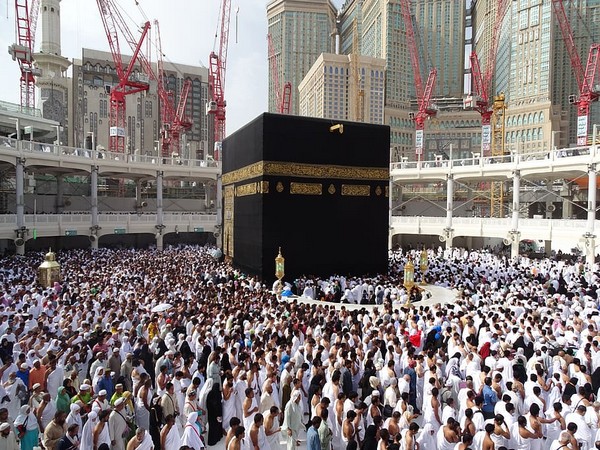 Riyadh [Saudi Arabia], June 23 (ANI): Saudi Arabia has announced that it will hold a "very limited" Hajj this year due to the coronavirus pandemic, with people already living in the kingdom allowed to take part in the pilgrimage that begins in late July, Al Jazeera reported.
"It was decided to hold the pilgrimage this year with very limited numbers ... with different nationalities in the kingdom," the official Saudi Press Agency said on Monday, citing the Hajj Ministry.
The decision comes in light of the increase in COVID-19 cases around the world, the lack of a vaccine and difficulty in maintaining a safe physical distance among large numbers of pilgrims coming from overseas, the statement read.
More than two million people perform the annual pilgrimage in the holy city of Mecca every year, including many travelling from abroad.
The Hajj, a must for Muslims at least once in their lifetime, represents a major potential source of contagion as it packs millions of pilgrims into congested religious sites.
Hajj with the limited number of pilgrims would represent a major loss of revenue for the kingdom, which is already reeling from the twin shocks of the virus-induced slowdown and a plunge in oil prices.
Since late February, the Kingdom suspended the Umrah pilgrimage to Mecca due to the outbreak.
The kingdom has one of the highest rates of coronavirus infections in the Middle East, with more than 161,000 total confirmed cases and 1,307 deaths.
In April, Saudi Arabia advised Muslims planning on attending the pilgrimage to put their plans on hold. Indonesia, which had planned to send 221,000 pilgrims to Mecca this year, announced June 2 it would not be sending anyone because of virus concerns. (ANI)