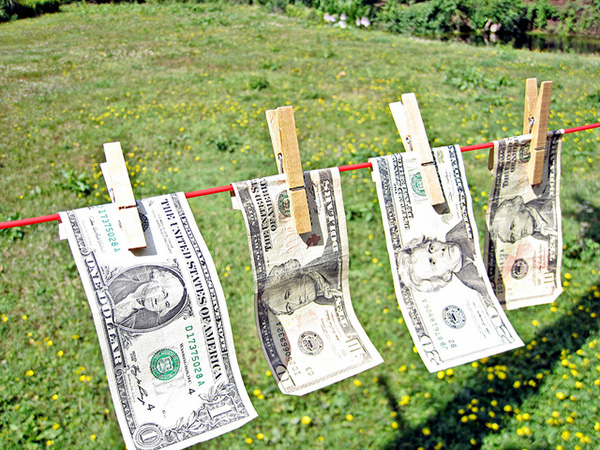 Dhaka (Bangladesh) Dec 3: The Customs Intelligence and Investigation Directorate (CIID) yesterday arrested Didarul Islam Titu and his associate Kabir Hossain at capital's Bijoynagar for allegedly laundering Tk1,197 crore.
CIID Director General Shahidul Islam disclosed this at press conference at the directorate office.
"A syndicate had been laundering money for long through imports. We were trying to identify them and finally we could arrest the two accused with evidence," said Shahidul, adding that Didarul, one of the arrestees, was the mastermind of the offence.
He said that Dirdarul along with his associates laundered Tk1,197 crore through a false declaration in imports in the name of three firms having no existence at all - Agro BD and JP, Henan Unhui Agro LC and Hebra Branko.
They made up duplicate documents including trade licences, business identification numbers through adobe photoshop and other graphic design software, Shahidul said, adding that they also seized the documents.
The CIID DG said that the accused imported cigarettes, alcohol and photocopier machines, which were also illegal, under the declaration for importing poultry feed machinery.
All the laundered money was transacted through IFIC Bank's Paltan and Shantinagar Branch, he added.
"We will interrogate the two arrestees for finding out others involved in the syndicate," said Shahidul.
He added that Didarul was accused in 15 money laundering cases. A total of 11 people were accused in the cases, he informed.
The CIID DG said legal action would be taken in case of involvement of any customs officials in this connection.
81 money laundering cases
The CIID DG said a total of 81 lawsuits over money laundering were filed, involving Tk3,200 corer, till now after the revenue board and its subordinate units were empowered for filing money laundering case in November 2017.
Of the 81 cases, the CIID filed 78, Chittagong customs 2 and the Central Intelligence Cell under the National Board of Revenue filed one.
Shahidul said they had transferred 21 cases to Crime Investigation Department (CID) of Police. Charge sheets in rest of the cases would be submitted immediately within this month, he added.
Source: Dhaka Tribune