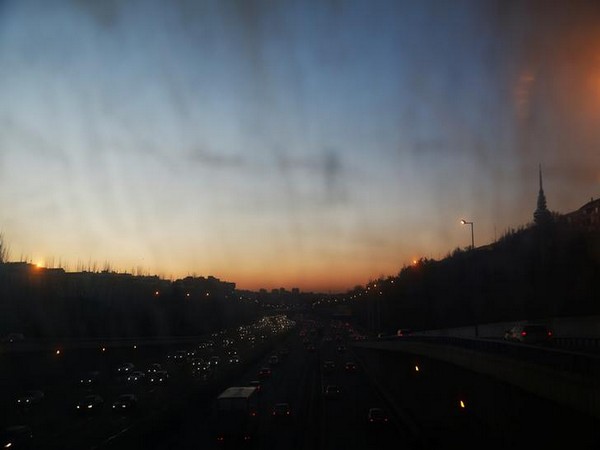 Madrid (Spain) Dec 8: A giant installation has been set up at the COP25 UN climate change conference in Madrid to raise awareness of global warming and health hazards caused by fossil fuels.
"Pollution Pods" were set up by a British environmental group and other organizations to give visitors a firsthand experience of the air in cities such as Beijing, New Delhi and London.
A tent is separated into five compartments, with each recreating the air quality in a city based on its annual average of pollutants, including PM2.5 and nitrogen dioxide from car exhaust, as well as coal burning power stations.
Air quality in New Delhi is said to be the worst in the world. The room that represents the Indian capital is filled with a white smoke-like substance.
A family who went in came out saying they could not see their hands in front of their faces.
A 15-year-old Spanish boy said he wanted to get out right away. He said the world must think about how to stop air pollution.
One of the organizers said every country has to take action to stop global warming and protect public health.
Source: NHK World