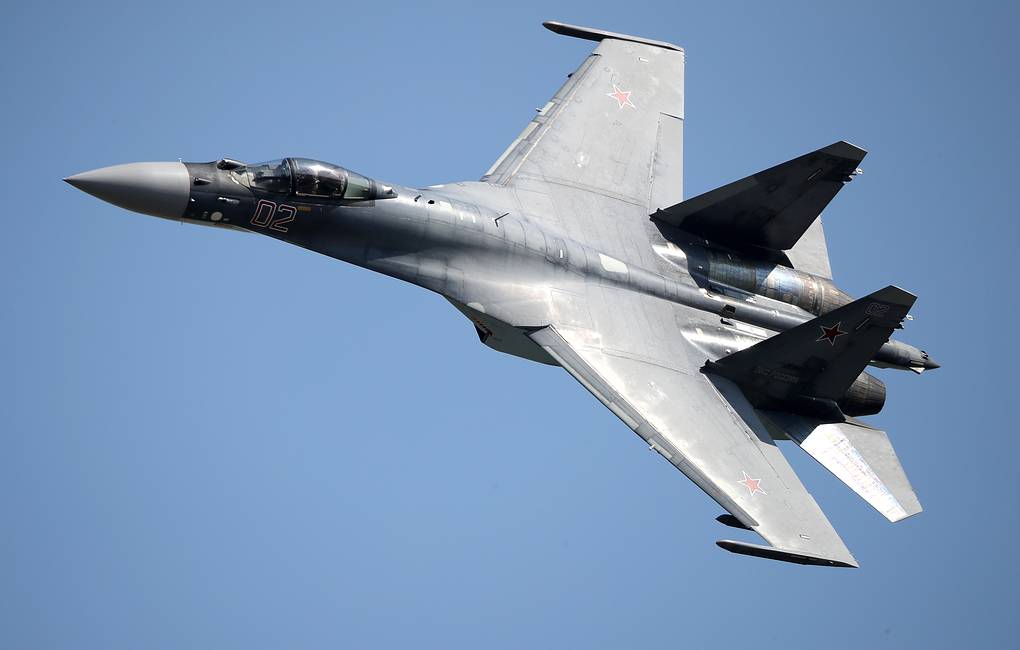 Moscow (Russia) Nov 9: The Aviation Enterprise in Komsomolsk-on-Amur in the Khabarovsk Region in the Russian Far East has fulfilled its defense procurement plan for generation 4++ Su-35S fighter jets this year and delivered a batch of 10 fighters to Russia's Aerospace Force ahead of schedule, Deputy Defense Minister Alexei Krivoruchko said on Friday.
"The Komsomolsk-on-Amur Aviation Enterprise has implemented its 2019 defense procurement plan in full and delivered 10 Su-35S fighters ahead of schedule. We expect to get the remaining 10 fighters stipulated by the current contract in 2020," the deputy defense minister said.
Four of the ten Su-35S fighters delivered this year will be transferred to the Russian Knights aerobatic group in Kubinka near Moscow, the official said.
In the future, the Defense Ministry of Russia intends to sign an additional contract on Su-35S fighters, he added.
The Komsomolsk-on-Amur Aviation Enterprise is currently manufacturing the first serial batch of fifth-generation Su-57 fighters, the deputy defense minister informed.
The Su-35S is a heavily upgraded generation 4++ supermaneuverable multipurpose fighter jet developed on the basis of fifth-generation technologies. The Su-35S is distinguished by its new avionics suite based on the information control system, the new radar, plasma ignition engines of the increased capacity and thrust vectoring. These engines meet the requirements for the powerplant of fifth-generation fighters as they allow developing supersonic speed without using an afterburner.
The Su-35S supersonic fighter jet performed its debut flight on February 19, 2008. The fighter jet is a derivative of the Su-27 plane. The Su-35S weighs 19 tonnes, has a service ceiling of 20,000 meters, can develop a maximum speed of 2,500 km/h and has a crew of one pilot. The fighter jet's armament includes a 30mm aircraft gun, up to 8 tonnes of the weapon payload (missiles and bombs of various types) on 12 underwing hardpoints. The Su-35S has been in service with the Russian Army since 2015.
Source: TASS