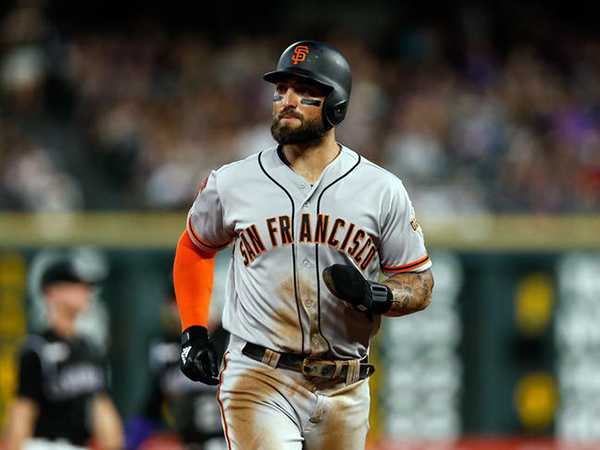 Ottawa (Canada)Dec 03: The Giants allowed Kevin Pillar to become a free agent by failing to offer the outfielder a 2020 contract.
Acquired from Toronto on April 2, Pillar hit .264 for San Francisco with 21 homers and 87 RBIs. He made $5.8 million US and likely would have received a salary of around $10 million had the Giants offered a contract, which would have made him eligible for arbitration.
Pillar, 30, had spent all six years of his major-league career with the Blue Jays before the trade. A fan favourite in Toronto, Pillar started in centre field for the Blue Jays playoff teams of 2015 and 2016.
A California-native who was the longest-tenured Blue Jay, had been in the Toronto organization since being drafted in the 32nd round in 2011 - which netted him a $1,000 bonus US. He went on to play 695 games for the Jays, hitting .260 with 55 home runs and 231 runs batted in.
The outfielder is a three-time Gold Glove Award finalist (2015, 2016, 2017) and earned the 2015 Wilson defensive player of the year for centre-field.
Oops...
We're sorry, this content is not available in your location. If you believe you have received this message in error please contact us
Error 21
The Blue Jays center fielder makes another hi-light reel catch, this time he takes a hit away from the Rangers slugger 0:58
Jays first baseman Justin Smoak, now a free agent, had a hard time controlling his emotions when asked about seeing his close friend depart on the day of the trade.
"He was great, man. Good teammate. Superman. Whatever you want," said Smoak referencing Pillar's nickname for his ability to climb high and make highlight-reel catches. "He's a guy you want on your team," added Smoak, his voice breaking.
"Sorry I'm getting emotional."
Source: CBC News