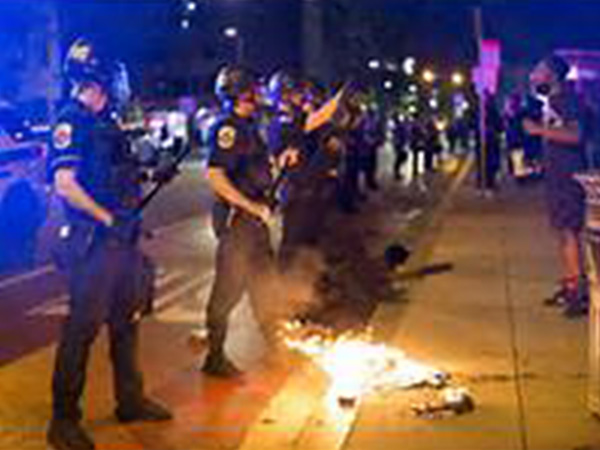 Indiana (USA) June 2: Former Indiana University football player Chris Beaty was shot and killed on the street in downtown Indianapolis on Saturday night during one of the many riots across the country in the aftermath of George Floyd's death.
Beaty, 38, who played for the Hoosiers from 2000 to 2004, was actively involved in the community as a mentor for players and as a local businessman. Beaty managed nightclubs, discovered Fresh Marketing LLC for event planning, and helped launch Worldwide Masks, which has sold face masks for protection during the coronavirus pandemic, according to multiple reports.
"R.I.P Chris Beaty Was great guy, we had some good times at IU. You will be truly missed bro," Houston Rockets guard Eric Gordon tweeted. Gordon was a former basketball star at Indiana.
Indianapolis Colts defensive end Kemoko Turay had built a relationship with Beaty since entering the NFL back in 2018.
"Another life taken away.. just a week ago we spoke and just In a snap of a finger to hear that you not with us because you got your life taken away no reasons," Turay wrote on Twitter. "I'm for the protesting but the violence got stop in both parties and this killing is breaking family and friends heart."
Beaty and 18-year-old Dorian Murrell were identified as the two victims killed during separate shootings that unfolded late Saturday and early Sunday, according to the Marion County Coroner's Office. Beaty suffered multiple gunshot wounds, investigators said.
Police told the Indianapolis Star that one arrest has been made in the deadly shootings, but did not specify whether it was connected to the death of Beaty or Murrell.
Source: Fox News