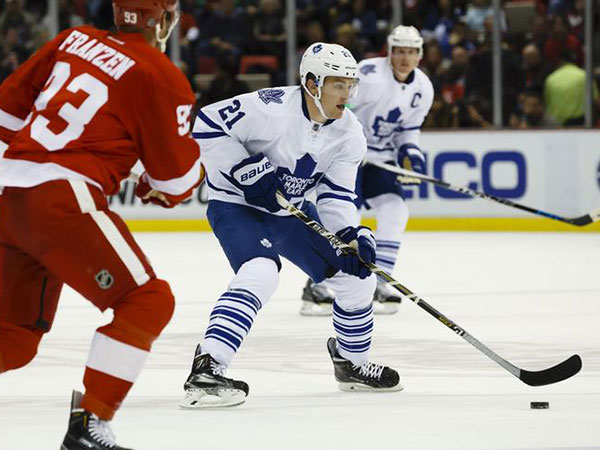 Ottawa (Canada) Dec 03: Former Toronto Maple Leafs head coach Mike Babcock is coming under additional fire for his methods of player treatment.
Hall of Fame defenceman Chris Chelios recalled Babcock "verbally assaulting" teammate Johan Franzen during a playoff series. Chelios and Franzen were teammates with the Red Wings under Babcock from 2005 to 2009.
"Some of the things [Babcock said to Franzen] on the bench, I don't know what he said to him behind closed doors one-on-one, but he blatantly verbally assaulted him during the game on the bench," Chelios told the Spittin' Chiclets Podcast in an episode released Monday.
Franzen later confirmed the allegation to Swedish newspaper Expressen.
"I get the shivers when I think about it. That incident occurred against Nashville in the playoffs. It was coarse, nasty and shocking. But that was just one out of a hundred things he did. The tip of the iceberg," Franzen said.
Franzen, who Chelios says was hurt at the time of the incident, has not appeared in the NHL since 2015 due to post-concussion syndromes. In 2018, Franzen told Expressen that he'd been diagnosed with post-traumatic stress disorder while also dealing with severe anxiety, depression and panic attacks.
'The worst I have ever met'
Franzen said Babcock would say "horrible things" to teammates. He added that beginning in 2011, he was "terrified of being at the rink" after the first time Babcock berated him.
"He's a terrible person, the worst I have ever met. He's a bully who was attacking people. It could be a cleaner at the arena in Detroit or anybody. He would lay into people without any reason," Franzen said.
Chelios also spoke about Babcock's treatment of veterans.
"What he did to [Mike] Modano was incredibly disrespectful," he added. "What he did to, just recently, [Jason] Spezza in Toronto, those were the things that are so unnecessary."
While coaching Detroit in its 2010-2011 season, Babcock elected to make Modano a healthy scratch with 1,499 career games played, preventing the forward from reaching the prestigious 1,500-game milestone. He scratched Spezza in this year's season opener in what would've been the 36-year-old's Maple Leafs debut in his hometown of Toronto against his former team, the Ottawa Senators.
"When something did happen and there was some second guessing, and it got to [GM] Ken Holland, [he] came down to the room and had this speech, and supported Mike Babcock," Chelios said.
"It was a great speech, but it was to tell everybody in the room, 'you don't like it, you could be traded, so come up and see me to be traded.' So that was the way that ended."
Franzen and Chelios' allegations come one week after a story emerged detailing Babcock's treatment of Maple Leafs forward Mitch Marner during his rookie season in 2016-17.
Marner confirmed a Toronto Sun report that Babcock made him list his teammates in order of how hard they worked, before revealing the list to players who Marner had ranked at the bottom.
Babcock has since said he was wrong for doing so and issued an apology.
Source: CBC News