Fragilities in the People's Liberation Army 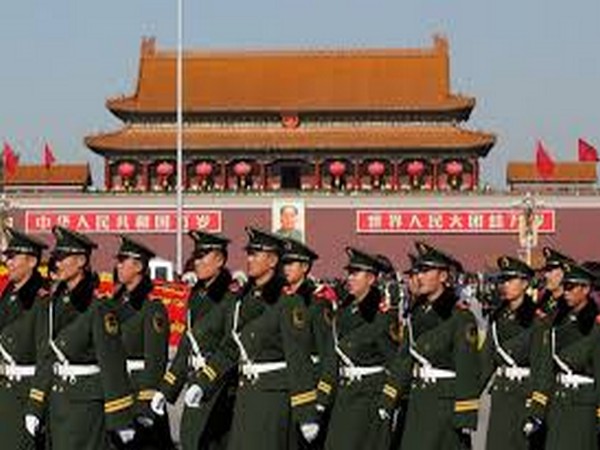 By Lt Gen Cherish Mathson, Sm, Vsm, Pvsm (Retired)
New Delhi [India], June 21 (ANI): The Chinese leadership under the Communist Party of China (CPC) have mastered the art of deception. Under the watch of Chinese President Xi Jinping, the display of the People's Liberation Army (PLA) marching columns, an array of armoured vehicles followed by missile units, overhead waves of helicopters and planes above Tiananmen Square in Beijing have created the illusion of a creeping emergence of an invincible military force that is capable of dominating and decimating any battle. The mirage of military might fortifies an attempt to bolster the legitimacy of an unelected regime.
But the overriding focus on weaponry hides a major fragility of the PLA-- a new generation of troops, protected at home on account of the country's disastrous one-child policy--who have never been at war.
In 1979, the PLA, which had once taken over the forces of legendary American General, Douglas McCarther, during the Korean war of the fifties, was humbled by the Vietnamese, fresh from combating American forces with uncommon valour during the blood-soaked Vietnam war of the sixties and the seventies. The Vietnamese claim that they had inflicted 62,500 casualties on the PLA and destroyed 550 military vehicles, as well as 115 artillery pieces when the Chinese invaded their country.
Despite the malaise humiliatingly exposed during the 1979 encounter with Vietnam, meaningful course correction within PLA was nowhere on the horizon. On the contrary, during the hedonistic era of Deng Xiaoping, who succeeded Mao Zedong and died in 1976, corruption seeped like termites into the ranks of the PLA. From real estate to banking to technology--Huawei, being a prime example--the PLA has descended deep into the world of high life and luxury, overseeing a vast commercial empire. The culture and lifestyle of the PLA merged effortlessly with the DNA of the Pakistani military. The iron-brother bond between the two has been built on the foundations of corruption, luxury, and moral degradation.
By the time Xi Jinping assumed the presidency in late 2012, he tried to reign in a rogue military force, however, not always successful. Xi had to sack two Vice-Chairmen of the Central Military Commission, the second rung of leadership --a move that spotlighted that the rot within PLA had begun right at the top. General Guo Boxiong, one of the two CMC Vice chairmen, faced charges of bribery. China's state-run Xinhua news agency reported that investigations revealed that General Guo, had misused his position to promote officers in return for bribes.
The other retired CMC vice-chairman Xu Caihou, who had also been dismissed died of bladder cancer during his imprisonment. In the sweeping anti-corruption campaign, President Xi, chairman of the apex CMC, had sacked more than a 100 generals, devastating an entire chain of command, while creating a network of enemies who could be countered only by a greater concentration of power in the presidency.
Corruption and arrogance emblematic of the PLA have been strange bedfellows, which brittle the stomach for real combat. This was exposed during the Doklam crisis in 2017 when the Indian army stared down the dragon in the highlands in Sikkim along the tri-junction of India, China and Bhutan. The arrogant PLA is now facing a similar humiliation in the Galwan valley of Ladakh. Col. Santosh Babu and his gallant troops of 16 Bihar Regiment, who have paid with their lives, have successfully blocked the PLA from occupying the strategic patrolling point 14, from where they could disrupt the supply lines heading in the direction of the legendary Karakoram pass, with Daulet Beg Oldie (DBO) as the base.
While the reality check among the ground troops of India and China exposes the PLA's internal dissonance, the Indian Air Force (IAF) is getting ready to exercise dominance in the air as per requirement. An estimated two squadrons of Jaguar IS and one squadron of Mirage 2000H fighters, totalling around 51 aircraft, have been earmarked for nuclear missions, bolstering India's nuclear deterrent vis-a-vis China.
Most of the Chinese airfields targeting Kashmir and Ladakh in India's north as well as the northeast, in places such as Hotan, Lhasa/Gonggar, Ngari-Gunsa, and Xigaze--are vulnerable to IAF attacks. Ngari-Gunsa and Xigaze have no hardened shelters or blast pens for their aircraft, which sit in the open, while Lhasa/Gonggar has recently developed hardened shelters able to protect up to 36 aircraft. Hotan hosts "two aircraft shelters" of unknown capacity.
Compared to estimated 270 fighters and 68 ground attack aircraft across the three China-facing commands of the IAF, the People's Liberation Army Air Force (PLAAF) under its Western Theater Command facing India can deploy around 157 fighters and a variety of drones. "On a strict comparison of available 4th generation fighters, authoritative assessments hold that China's J-10 fighter is technically comparable to India's Mirage-2000 and that the Indian Su-30MKI is superior to all theatre Chinese fighters, including the additional J-11 and Su-27 models," concluded a recent study by Harvard University's Belfer Center for Science and International Affairs. Circa 2020, is indeed a different ball game from the humiliation of the 1962 war. And the hubristic PLA is well aware of this. (ANI)