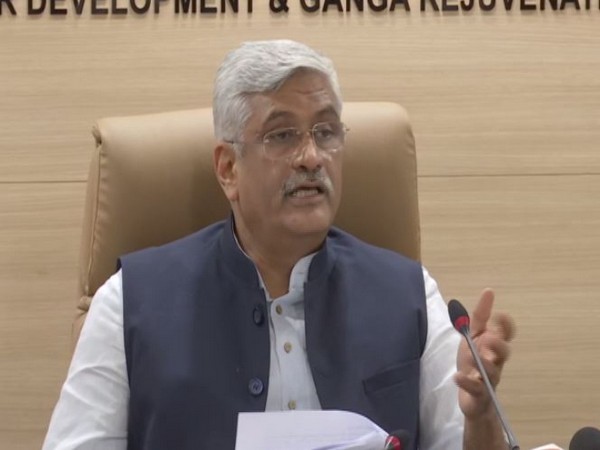 New Delhi [India], November 5 (ANI): The task of rejuvenating the Ganges is a continuous one and needs the participation of the people, said Union Jal Shakti Minister, Gajendra Singh Shekhawat.
Speaking at the Ganga Utsav 2020 on Wednesday, Shekhawat recalled how the call made by Prime Minister Narendra Modi for 'Aviral and Nirmal Ganga' has become a mass movement.
"The rejuvenation of Ganga is a continuous task that's why we have to promote public participation, we have to create a sense of duty among people, it can be done only when we are able to make people realize what the Ganga offers us," Shekhawat said.
He further said that events like these play a very big role in promoting the participation of the people through engagement and dialogue. "This program is an enabler in transforming our 'Astha' (faith) to our 'Kartavya'(duty) towards Ganga," he said.
Several important projects such as 'Ganga Aerial Movie', a film which showcases the journey of Ganga from the origin to the end in breath-taking aerial view, Urban River Management Plan, a joint project between National Mission for Clean Ganga (NMCG) and National Institute of Urban Affairs, Ministry of Housing and Urban Affairs, were launched on Wednesday.
Interestingly, well known Indian comic book character, Chacha Chaudhary has been named the brand ambassador for the Namami Gange project. Further, 'NamamiGange' movie on India Science Channel was launched.
Ganga Box, an innovative learning tool, was also launched as part of the 'Support to Ganga Rejuvenation' project, being done by NMCG in collaboration with the German development agency (GIZ), by the Jal Shakti Minister.
Over three lakh people from around the world took part in the three-day festival, virtually, which showcased performances by several noted artists and performers.
Addressing the closing ceremony, Rajiv Ranjan Mishra, DG, NMCG said NamamiGange has a strong component of public participation as per overall guidance and vision given by Prime Minister and this Janbhagidari (peoples movement) is helping immensely in Ganga rejuvenation.
"The festival extends this vision beyond these three days and NMCG continuously resolves to work in the direction of increasing public awareness and strengthening public participation towards river rejuvenation," Mishra said.
He also listed several specific activities in future such as Haridwar Kumbh, the annual Ganga Quest, Wetland day, Biodiversity day, Jal Shakti Abhiyan, Ganga runs, etc calling upon people to participate and make the next Ganga Utsav even bigger and develop a movement for river festivals in the country. (ANI)