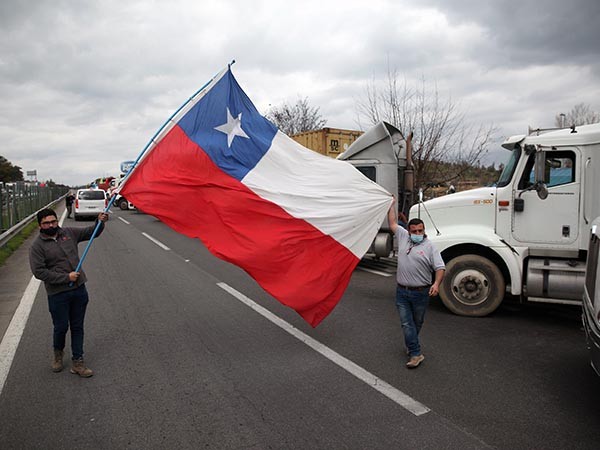 Santiago (Chile), November 22: Presidential, parliamentary, and regional elections began in Chile on Sunday with high attendance at the polls in the midst of COVID-19 pandemic.
The elections are taking place in a particularly polarized environment, and the elected president will govern the country hit by high inflation, the pandemic, and social unrest as it continues the process of writing a new constitution.
President Sebastian Pinera called on citizens to vote "with conviction, knowing that we are living in difficult times, but with unity we will overcome them and move forward."
The presidential candidate from the left-leaning Approve Dignity electoral coalition, Gabriel Boric, voted in the southern city of Punta Arenas on Sunday, saying, "I am very happy of what we represent as the generation of the process of change and transformation that is coming, with the certainty and gradualness that is necessary."
The candidate from the right-leaning Republican Party, Jose Antonio Kast, voted in the community of Paine in the Santiago Metropolitan Region, where he announced, "The main thing is that many people show up to vote freely."
The president of the Electoral Service of Chile, Andres Tagle, called on voters to inform themselves using official sources so as not to spread fake news "that can cause terrible damage to the exercise of our democracy."
Minister of Health Enrique Paris said that despite the increase in COVID-19 cases since September, the indicators have stabilized in the last two weeks, and Chile has registered a positivity rate of 3.2 percent this week, compared to 3.4 percent last week.
Chile has registered a total of 1,743,137 COVID-19 infections and 38,117 deaths from the disease so far.
Source: Xinhua