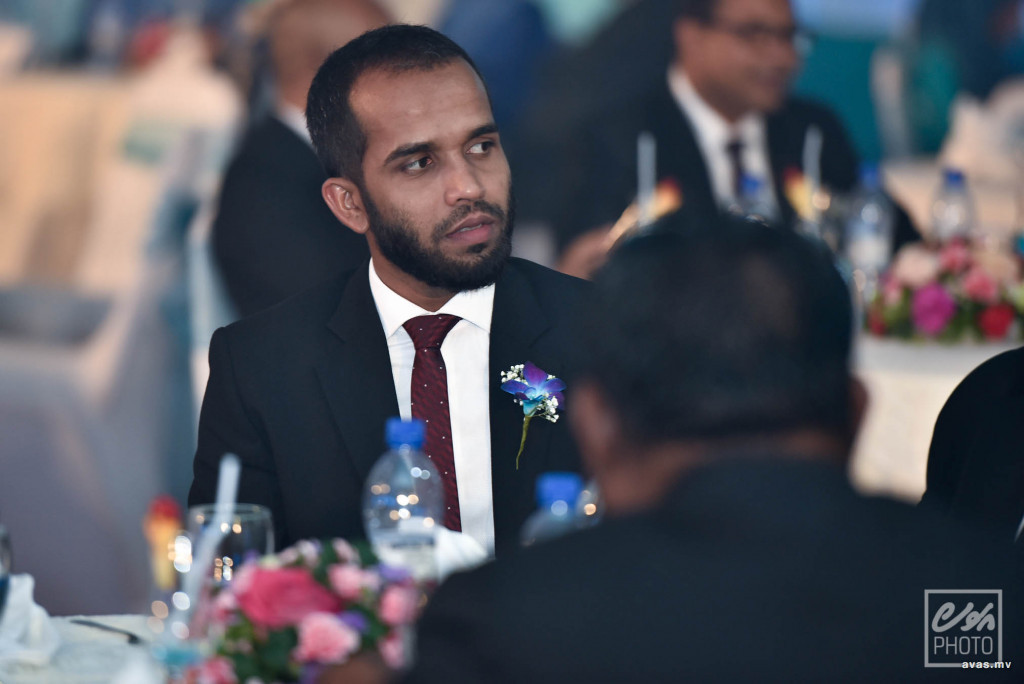 Male (Maldives) Nov 9: Suspended Chief Judge of Criminal Court Ahmed Hailam has accused the government of suspending him for refusing to give into the demands of senior government officials.
Judge Hailam was the presiding judge over former President Abdulla Yameen Abdul Gayoom's money laundering trial. Hailam was suspended by the Judicial Service Commission (JSC) mere hours ahead of the hearing in which a verdict was set be delivered.
Judge Hailam was suspended by the commission on Tuesday over a controversial Victory Day greeting sent by the judge. The cartoon illustration shared to the Criminal Court's recreation club's Viber group depicted president Ibrahim Mohamed Solih and Speaker Mohamed Nasheed handcuffed and being dragged in chains behind the perpetrators of the November 3,1988 attacks by the fallen hero of the attack, Martyr Hussain Adam.
While Judge Hailam has apologized for his action, he has claimed that he was not aware the president and the speaker were illustrated on the drawing. However, the issue was escalated and Hailam was placed under immediate suspension by the judicial watchdog in a rushed move. Later on, JSC announced the commission was investigating a further disciplinary issue involving the judge over a transaction of MVR 200,000 that occurred between the judge and former Feydhoo MP Alhan Fahmy.
A statement released by Hailam on Thursday said several attempts were made directly and indirectly to influence him since President Yameen's trial began. Multiple attempts were made by top government officials especially on November 3 and 4, said Hailam. The hearing was scheduled for 5th.
"Top government officials directly messaged and called me, and requested to confirm if President Yameen will be jailed through my close acquaintances. When I said I cannot give such a confirmation, they warned that the police were aware of the transaction between Alhan and I. They threatened to pursue the case if I didn't cooperate, and also threatened to suspend me," said Hailam
Hailam said Alhan Fahmy has been a close acquaintance of him since before Alhan became an MP. He noted that he does not preside over any cases that involves Alhan in any way, and further noted that Alhan does not attend the Criminal Court in any capacity.
Hailam said he explained the details of the transaction when a senior police officer met with him seeking information on the transaction. The police dropped the case at the time as it did not involve any criminal offense, said Hailam.
The transaction took place earlier this year on May 13. While MMA alerted the police regarding the transaction during July, the information was not shared with JSC by the police until the day on which President Yameen's verdict was scheduled to be delivered.
Judge Hailam said the acting Criminal Court Chief Ali Rasheed Hussain will now be aware of the attempts to influence the case.
"A judge does not have to inform government officials of what verdict he will deliver in a case - it does not matter of what rank the official is", said Hailam.
Ending his statement, Hailam directed criticism at the JSC and said the commission must maintain its dignity. He further said the commissions should be aware that financial transactions occur between close acquaintances for personal reason.
Meanwhile, the opposition has called on authorities to investigate the threats made against Hailam. The opposition said they do not believe a fair judgement can be delivered if a single judge was presiding over the case. Former president Yameen himself has requested for a bench to preside over his case instead of a single judge.
Source: Avas.mv