Huawei and ZTE can't be trusted. It's up to the FCC to keep them in check 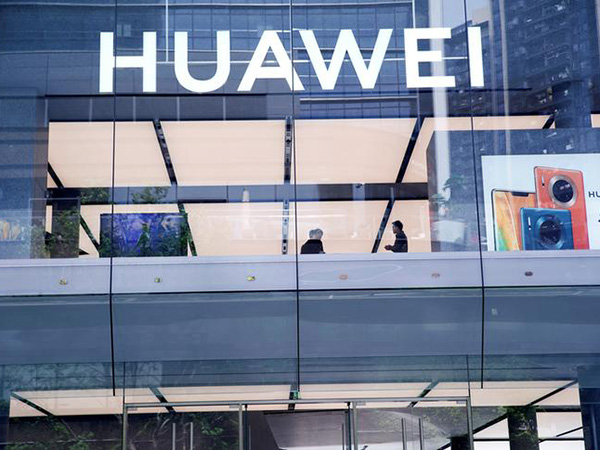 Washington DC (USA) Nov 22: The conflict between the Trump administration and China will soon move to an unlikely arena: the Federal Communications Commission.
On Friday, the FCC will decide whether to prevent US companies from using federal funds to purchase equipment from untrusted companies, like China's Huawei and ZTE - two of the world's largest telecom equipment and phone manufacturers. The choice should be obvious: Trusting Chinese companies to essentially build our nation's wireless networks would be a huge mistake.
Barring US companies from using federal funds toward purchasing Chinese-made tech equipment is tactically smart for several reasons. First off, China, our strongest geopolitical foe, is eager to sell us on new Huawei and ZTE 5G technology. They offer some of the world's most advanced wireless services, and they're happy to sell them at a cheap price - heavily subsidized by the Beijing government. But giving these companies access to the US digital economy would put our national security at risk.
After all, Chinese companies are not controlled by shareholders or the market - Chinese President Xi Jinping has the final say. Chinese law requires all corporations to "support, assist, and cooperate with national intelligence efforts." That means Beijing can force companies to build backdoors into their communications products and spy on Americans or steal valuable intellectual property.
The danger is not hypothetical. Countries around the world have already found vulnerabilities in Huawei products, and many have outright banned doing business with the company. The Trump administration itself has imposed several strong restrictions on the company, though they have yet to be fully implemented.
If our 5G network uses Chinese technology, it could compromise vital military information, trade secrets and citizens' privacy. It sounds like science fiction, but it's already a way of life in China.
Second, Chinese tech firms are a serious economic and technological threat to the United States. Huawei is the world's second-largest manufacturer of smart phones, ahead of Apple. Allowing US companies to buy Chinese-made equipment and services for our most important infrastructure would cripple US equipment providers and put our nation further behind in the race for technological innovation. That's unacceptable. Not only do we need homegrown 5G for national security reasons, we need it to preserve the global technological edge our country has maintained since Apollo 11.
For too long, the Chinese government and its companies have manipulated currency, stolen US intellectual property, violated sanctions and dumped products overseas, harming American security and business interests in the process. While free trade is a foundational value of the American system, that's not what the Chinese want. The Chinese government wants total control of supply chains from start to finish in order to make nations like ours economically dependent, and they're willing to flout the law to do it. Until recently, the world has let them.
This is why the commission's vote is so important. The right decision will not only cut off bad actors from up to $8.5 billion of government funds, but it will also send a strong signal that America is no longer apathetic to China's aggression.
For decades, Western markets have turned a blind eye to unfair trade practices, human rights abuses and severe security concerns in order to get the latest tech at the lowest prices. But the Trump administration has taken a strong stance on these issues while holding Beijing accountable for its wrongful actions. The FCC should continue in that vein by protecting our information highway from the risk of capture by a hostile nation.
The FCC's vote should serve as another sign that US-China relations have entered a new era under this administration. A wise decision would set the proper tone for a 5G strategy in the United States and bolster our trade and national security stance toward China for years to come.
Source: CNN News