In Lahore, Aiyar makes claim of rift between Modi, Shah over NRC 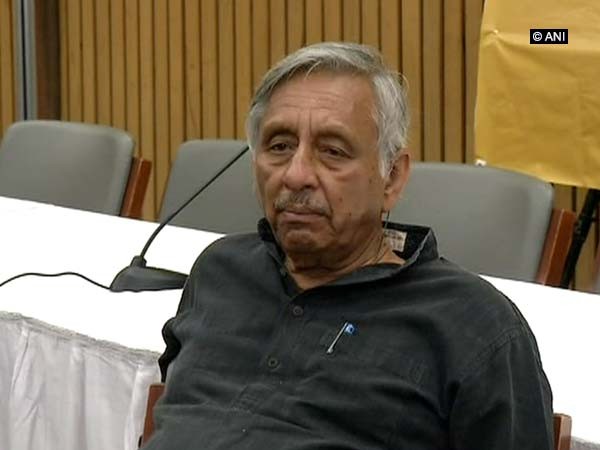 Lahore [Pakistan], Jan 15 (ANI): Known for his foot-in-mouth remarks, Congress leader Mani Shankar Aiyar yet again invited trouble by discussing India's internal matters in Pakistan. Aiyar, during a panel discussion in Lahore, claimed that there is a rift between Prime Minister Narendra Modi and Home Minister Amit Shah over articulation of NPR and NRC.
He said that duo is the face of "Hindutva" in the country. He was at a panel discussion programme in Lahore, Pakistan on Monday in which journalist Najam Sethi was also present
"NPR has never been regarded by Narendra Modi government as the predecessor to setting up NRC. In Parliament, the Home Minister has said so and there are written assurances been given in Parliament by Home Ministry that it is in-fact a predecessor to that," said Aiyar.
"There is a rift in the at-least articulation of it between two people who are the face of Hindutava in our country i.e. Narendra Modi and Amit Shah," he said.
"I don't think that the Indian perception of the hit that India's image has taken internationally matches the Pakistani perception of the hit that India's image has taken," said the Congress leader.
"I think we see that several things that have happened, somebody like me would see it as inadequate internationally and I think Modi could easily ride it out," he said.
"But he would find greater difficulty in riding out the sudden expression of opposition to some of his favourite ideas, that is seen on the streets," said Aiyar.
Aiyar on Tuesday joined the protest against Citizenship (Amendment) Act and National Register of Citizens (NRC) in New Delhi's Shaheen Bagh and attacked the BJP-led central government saying that they fought elections on the promise of 'Sabka Saath, Sabka Vikas', but they did 'Sabka Saath, Sabka Vinash.
"They got the majority in the election because they said we will do 'Sabka Saath, Sabka Vikas' (Together for everyone's progress). But what they did? They did 'Sabka Saath, Sabka Vinash (destruction)'," Aiyar had said while addressing protesters.
"Whatever I can do personally for you, I am ready to do that. Jo bhi qurbaniyan deni hon, usme main bhi shaamil hone ko tayaar hun. Ab dekhein ki kiska hath mazboot hai, hamara ya uss (wo) kaatil ka? (Whatever sacrifices need to be given, I am ready for the same. Now let's see whose hand is strong, ours or that murderer's?)" he added.
The CAA grants citizenship to Hindus, Sikhs, Jains, Parsis, Buddhists and Christians fleeing religious persecution from Pakistan, Afghanistan and Bangladesh and who came to India on or before December 31, 2014. (ANI)