'It's very tough': Nick Nurse, other NHL coaches weigh in on Babcock firin 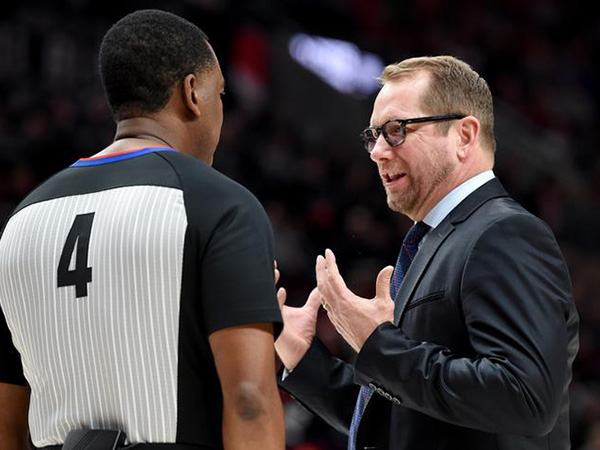 Ottawa (Canada) Nov 21: While his team has performed well early this season despite losing its top player from last year's championship team, Toronto Raptors head coach Nick Nurse acknowledged Wednesday wasn't an easy day.
Hours before the Raptors tipped off against the Orlando Magic at Scotiabank Arena, the Toronto Maple Leafs fired head coach Mike Babcock and replaced him with Sheldon Keefe.
Maple Leafs Sports and Entertainment owns both teams and the arena - and the two coaches got to know each other over the years.
"I've obviously known him for a little while and had some good conversations with him," Nurse said. "It's very tough. A tough, tough business, and tough when it's in your own organization like that, for sure."
Babcock paid tribute to the Raptors this season, awarding a game ball from the NBA Finals to the Leafs' top player after each win.
While the Leafs have stumbled to a 9-10-4 start, the Raptors, who lost Kawhi Leonard to the Los Angeles Clippers in the off-season, were 9-4 before Wednesday's game.
Babcock's firing was a hot topic at arenas around the NHL.
Ottawa Senators head coach D.J. Smith, who spent four years as an assistant on Babcock's staff in Toronto, praised Babcock for his professionalism.
"He gave me my chance in the National Hockey League," Smith said in Montreal, before the Senators faced the Canadiens. "He showed me the NHL and he did a great job every day. It's a tough time for him and his family and I certainly feel for him."
Canadiens head coach Claude Julien, who worked on Babcock's Canada staff en route to gold at the 2014 Olympics and 2016 World Cup, also was full of praise for the ex-Leafs bench boss.
"First of all, I think everybody knows here Mike Babcock is a good coach," Julien said. "He's won everywhere he's gone, at all levels as well, whether it's junior, in the pro level, the Olympics, etcetera, etcetera. As far as I'm concerned if he wants to work again tomorrow, he's got a pretty good chance of getting back to work. That's how I think everybody who knows Mike feels about him."
Julien said all coaches are aware days like Wednesday can and do happen.
"We understand when we sign on we're in a tough business," he said. "A lot of [times], you can be pointed the finger [at] for things you can't control. At the end of the day, it is what it is. It's important for us to not lose our confidence and move on. The one thing I do know is Mike is not going to lose his confidence."
Source: CBC News