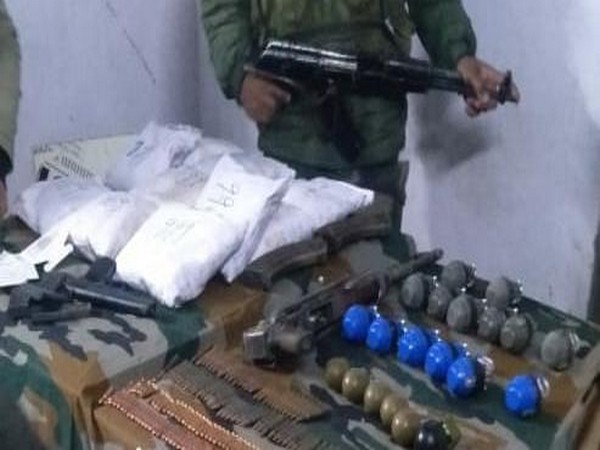 Kupwara (Jammu and Kashmir) [India], July 26 (ANI): A huge cache of weapons and drugs were recovered from a vehicle at a joint check post of the Army and the police in the Kupwara district on Sunday, according to sources.
Sources told ANI that teams of 7 Rashtriya Rifles and the Kupwara police had stopped a vehicle for checking at Sadna Top, which was being driven by Umar Sheikh, a resident of Hajinagar.
On searching the vehicle, the security forces found one AK-56 rifle with two magazines, two pistols along with four magazines, 76 rounds of rifle ammunition and 90 rounds of pistol ammo.
Six grenades with Chinese markings, six blue-plastic grenades, and eight OG plastic grenades were also recovered along with approximately 10 kilogram of packets containing narcotics, the sources added.
Further investigation is underway. (ANI)