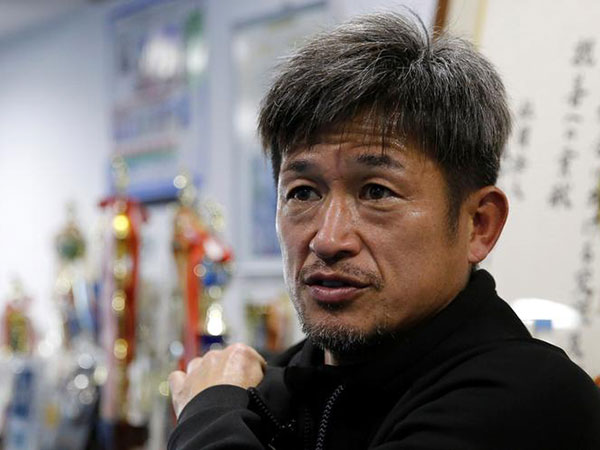 Tokyo (Japan) Jan 12: Japanese striker Kazuyoshi Miura, 52, has extended one of the longest professional careers in the sport after signing d a new contract with Yokohama FC.
Saturday's one-year deal will see Miura, who will turn 53 on February 26, enter his 35th season.
Fondly dubbed "King Kazu", the striker is the oldest footballer to score a competitive goal.
Last year, the striker played in just three matches and did not score any goals but extended his record as the oldest player in J-League, Japanese football's top division.
"I was able to renew my contract with FC Tokyo for the 2020 season," Miura said in a statement, quoted by the The Japan Times.
"I hope to enjoy playing soccer and remember to be grateful as I make an effort to achieve the club's goal of staying in the J1. I'll work hard to contribute to the team's wins."
Miura joined Yokohama FC in 2005 and in March of 2017 became the oldest player to appear in a professional match at the age of 50 years and seven days, catching global media attention by surpassing England legend Stanley Matthews' longevity record.
Miura played for Brazilian club Santos and in Italy with Genoa earlier in his career, and represented Japan's national team 89 times, scoring 55 goals.
Yokohama FC open the season on February 23 against Vissel Kobe.
Source: Al Jazeera