Jesse Watters on Senate impeachment trial: Calling witnesses would be a 'roll of the dice' for Democrats 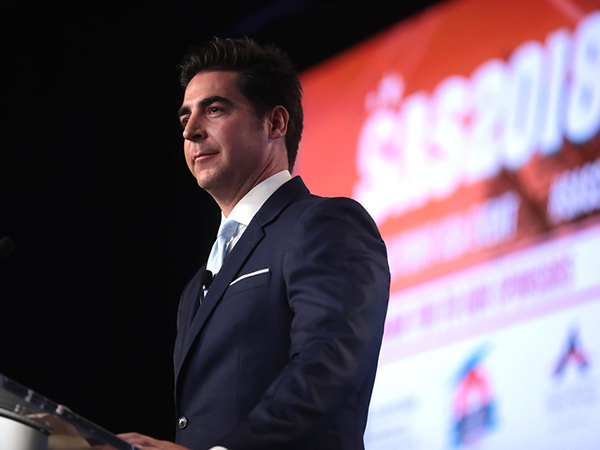 Washington (USA), Jan 15: Jesse Watters said Tuesday that he would advise against calling witnesses in the Senate impeachment trial of President Trump, saying that it would be a gamble for Democrats.
"Now, if I were a Republican in the Senate, I would say no witnesses. The House had its chance," Watters hypothesized on "The Five." "That's not our job to do witnesses. Plus, it was a radically unfair deal in the House. You're not going to get that fairness from us."
"And if [Democrats] want to roll the dice on witnesses, I think there's more of a risk for Democrats than there are[for] Republicans because, you know, they're going to acquit the president," Watters continued. "But what you don't know is what's going to come out of the testimony under oath from I don't know, [Hunter Biden]? Or how about the whistleblower or shifty [Adam] Schiff."
Earlier Tuesday, Senate Majority Leader Mitch McConnell, R-Ky., shot down the notion -- floated by the president but later amplified by Democrats -- that the Senate could vote to dismiss the case. And he warned those calling for new testimony that Republicans could have the chance to call witnesses, too.
The "Watters' World" host warned that Joe Biden's Democratic presidential campaign has the most to lose in the Senate trial.
"So anything could come out of that which could bury the Biden campaign, which could expose the hoax from the get-go," Watters said.
Watters also accused House Speaker Nancy Pelosi of holding the articles of impeachment to "squeeze concessions" from McConnell, avoid overshadowing Tuesday's Democratic primary debate and give Biden an advantage.
"She wants to handcuff Bernie and Liz Warren in the swamp while her favorite candidate, Joe Biden, gets to roam free and close hard by himself in Iowa," Watters said.
Source: Fox News