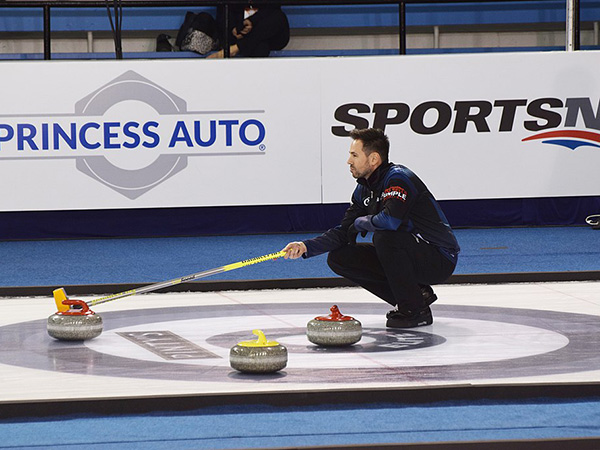 Ottawa (Canada) Dec 01: Toronto's John Epping scored a 12-4 victory over Edmonton's Brendan Bottcher on Saturday in the Canada Cup semifinals, setting up a championship draw against Calgary's Kevin Koe.
Epping, vice-skip Ryan Fry, second Mat Cam and lead Brent Laing earned the victory less than 24 hours after falling 7-3 to Bottcher in the final round-robin draw.
Epping took advantage of a shaky start by Bottcher and built up an 8-1 lead after four ends.
Epping scored a pair of back-to-back four-enders when Bottcher's last-rock draws fell short of the house in the third and fourth ends.
"We played a pretty solid game today," said Epping. "Once we got up three, then seven, we were able to hit away. Overall, a good performance day for us."
It will be Epping's first shot at a Canada Cup title while Koe is looking to win his third. He won in 2008 as vice-skip for Blake MacDonald and in 2015 as skip.
Koe qualified for the final after topping the preliminary round with a 5-1 record.
Later Saturday, Tracy Fleury of East St. Paul, Man. was set to face Calgary's Chelsea Carey in the women's semifinal. The winner plays Ottawa's Rachel Homan in the championship draw.
Both the men's and women's final are Sunday.
Source: CBC News