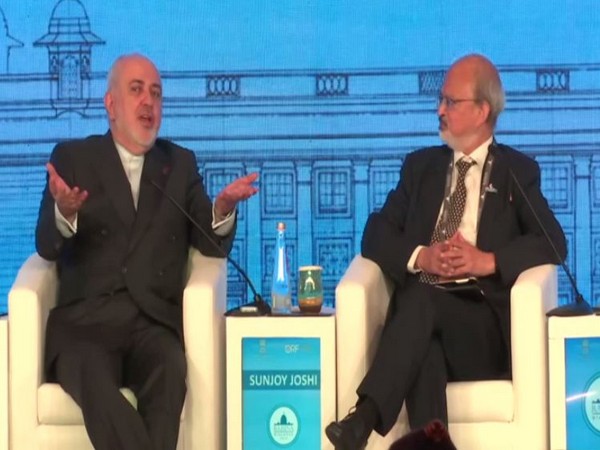 New Delhi [India], Jan 15 (ANI): Iranian Foreign Minister Javad Zarif on Wednesday said that killing of Iranian general Qassem Soleimani showed the ignorance and arrogance of the United States and asserted that Washington looks at things from their perspective and not keeping the interests of the region in mind.
"The US looks at things from their perspective, not from the perspective of this region. The killing of Qassem Soleimani shows ignorance and arrogance. 430 Indian cities saw protests against killing of Soleimani," Zarif said at an event.
Hitting out at US President Donald Trump and Secretary of State Michael Pompeo, Zarif said that they were the only ones, along with the Islamic State (ISIS) who celebrated the death of Soleimani.
"Who is celebrating Soleimani's killing? President Trump, Pompeo and Daesh (Arabic name of ISIS). You wonder about strange bedfellows?" he said.
Tensions between the US and Iran soared dramatically earlier this month after Washington launched airstrikes at Baghdad International Airport, which killed Soleimani. Tehran retaliated by firing a volley of ballistic missiles at two military bases of US-led coalition forces in Iraq, leading to a strife in the region.
However, Zarif regretted the shooting down of the Ukrainian airline and said it happened because of "tension".
"Nine million people were out in the streets of Iran commemorating Soleimani. You cannot bring out so many people to protest. The shooting down of a plane was a mistake. 180 families are mourning the loss of their dear ones. It happened because of tension," he said.
Asked whether there a chance of a diplomatic solution to the ongoing crisis, Zarif ruled out negotiating with the US.
"Iran is interested in diplomacy. We are not interested in negotiating with the US. US did not keep its commitments under nuclear deal. We had a US deal and the US broke it. If we have a Trump deal, how long will it last?" he said. (ANI)