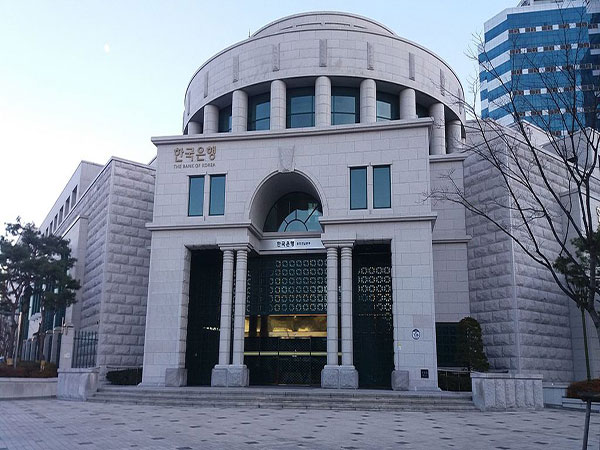 Seoul (South Korea) Dec 3: The South Korean economy expanded 0.4 percent from three months earlier in the third quarter as earlier estimated, the Bank of Korea (BOK) said in its latest revision released Tuesday.
The third quarter growth estimate remained unchanged from preliminary figures released in late October despite slight upward revisions to consumer spending and overall exports as a large drop in construction investment offset the gains, it said.
Domestic spending grew 0.2 percent from three months earlier in the July-September period, revised up from a 0.1 percent gain, while exports grew 4.6 percent over the cited period, up 0.5 percentage point from the earlier projection.
Construction investment, on the other hand, contracted 6 percent over the cited period, down 0.8 percentage point from the earlier estimated 5.2 percent.
The latest revision comes after the BOK last week cut its growth outlook for Asia's fourth-largest economy to 2 percent this year.
The latest growth outlook marks a third downward revision by the central bank from 2.6 percent in January to 2.5 percent in April and 2.2 percent in July.
BOK officials earlier said the local economy needs to expand at least 0.97 percent on-quarter in the October-December period to reach an annual growth of 2 percent.
"A 2 percent growth will be attained if the local economy grows at over 0.93 percent on-quarter in the fourth quarter," said Shin Seung-cheol, director of the BOK's National Accounts Division.
"We cannot say whether it will be attained, but we believe it is not an impossible figure," the BOK official told a press briefing.
The local economy shrank 0.4 percent in the first quarter before spiking 1 percent on-quarter in the April-June period.
In the three months ended Sept. 30, facility investment grew 0.6 percent from three months earlier, slowing from a 3.2 percent on-quarter increase in the second quarter, while government spending also slowed to 1.4 percent from 2.2 percent over the cited period.
Overall output by the manufacturing sector jumped 2.4 percent from three months earlier in the third quarter, but output by the construction sector plunged 4.9 percent over the cited period, also slowing from a 1.6 percent on-quarter expansion in the second quarter, according to the BOK.
The construction industry has remained in the doldrums amid strong government measures to curb real estimate speculation, partly by tightening household debts and thus cutting demands.
The output by the service industry grew 0.6 percent from three months earlier in the third quarter, with output by the agricultural sector, including the fisheries and forestry industries, also growing 0.6 percent over the cited period.
The country's real gross national income expanded 0.6 percent in the third quarter from three months earlier.
Source: Yonhap News Agency