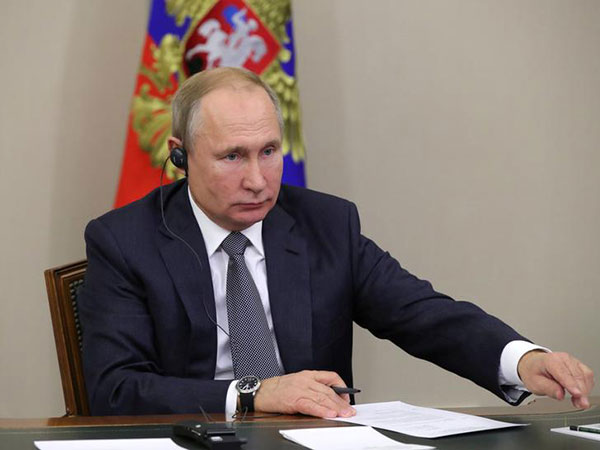 Moscow (Russia) Dec 03: The Administrative Directorate of the President of the Russian Federation has presented a cherry pie, made by Kremlin chefs, to members of the Rossiya Special Flight Unit who recently managed to safely land the presidential plane in dense fog, the directorate's spokesperson Yelena Krylova said on her Instagram page.
"We now have a tradition to present as a friendly gesture and a sign of gratitude something made by chefs of the Administrative Directorate - a cherry pie by a Kremlin pastry chef - to those who save lives, who do their job with great skill and who are simply good people," she said.
The crew of the presidential plane that brought Vladimir Putin to the summit of the Collective Security Treaty Organization (CSTO) in the Kyrgyz capital Bishkek on November 28 received the pie "for performing a landing with surgical precision in adverse weather conditions, while other planes gave up, diverting to another airport."
According to the spokeswoman, the crew demonstrated their skill by making the difficult procedure look like an absolutely routine maneuver to a non-specialist.
The Life TV channel earlier reported that the crew of the presidential plane had to land in dense fog upon their arrival to Bishkek. Other planes, including that of Russian Defense Minister Sergei Shoigu, had to divert to Almaty, Kazakhstan. The distance between the two cities is over 200 km, but Shoigu managed to arrive to the extended CSTO summit session in time.
Source: TASS