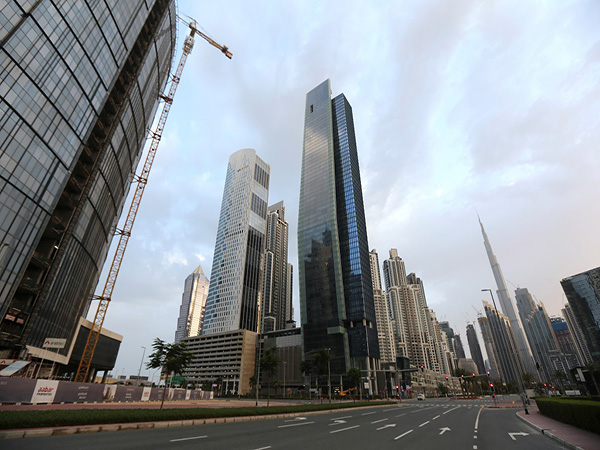 Abu Dhabi (UAE) September 6: Dubai residents are increasingly moving towards affordable community houses in the wake of the coronavirus outbreak as they now prefer bigger and more open spaces, property developers say.
"There has been a major shift towards affordable community living. So, for example, rather than living in a building in a non-freehold area like Bur Dubai, people are now shifting towards more affordable community living because we have seen the downward push in prices," said Farooq Syed, CEO of Spring?eld Real Estate. "People prefer staying in communities along Al Qudra Road. In Al Barsha, we are seeing internal migration as well."
He noted villa and townhouse projects - such as Majid Al Futtaim's Tilal Al Ghaf - were successful as there was still demand for such homes. Launched in February 2020, the townhouse project was sold out within weeks.
"The reason is that the brand name is there. People are preferring to buy community living compared to going to a development that is just a standalone by itself."
According to Asteco, 31,000 units were delivered in 2019 in Dubai, including 7,400 villas with communities such as Dubai Hills Estate, Akoya Oxygen and Damac Hills accounting for a bulk of handovers. ValuStrat, meanwhile, says 10,800 villas are expected to be handed over in 2020 and deliveries will increase to 11,900 in 2021.
Harry Tregoning, managing partner at Tregoning Property, also stated that the trend is very much going towards villas and townhouses.
"Families with children who were locked down during Covid-19 don't want to experience that again. As a result, a lot of people are keen to go to villas. The rentals of affordable housing have also held up very well. People are very happy with the communities that have schools and hospitals. These are good opportunities for people looking to stay here longer," he said during a webinar.
Payment plans
With US Federal Reserve rates at a record low, Richard Boyd, director at Mortgage Finder, said the average loan size has increased as the people are moving away from apartments to villas for extra space.
Syed noted that developers with ready stocks brought about longer payment plans but bigger players haven't changed their offerings much over the last few months.
He sees that developers have shifted their focus more towards payment plans like removing Dubai Land Department (DLD) fees, making it easier for first-time buyers to get onto that property ladder and that make the primary market is as attractive as the secondary - if not more attractive.
For the secondary market, buyers need that 25 per cent down payment, four per cent DLD fee, two per cent commission, plus other miscellaneous expenses. In total, this comes to around 30-31 per cent. Whereas, when you go for an off-plan development, you can sort of get onto the property ladder with just 10 per cent down payment.
"While some developers, who have their projects close to handover, give around 25 per cent and 75 per cent payment plans, where you pay that first 25 per cent during the construction period of one year. Clients might not have that 30 per cent cash ready but they can divide that also over one year and then pay the remaining by taking the payment plan from the developer or get a bank to come in and finance the rest," said Syed.
Source: Khaleej Times