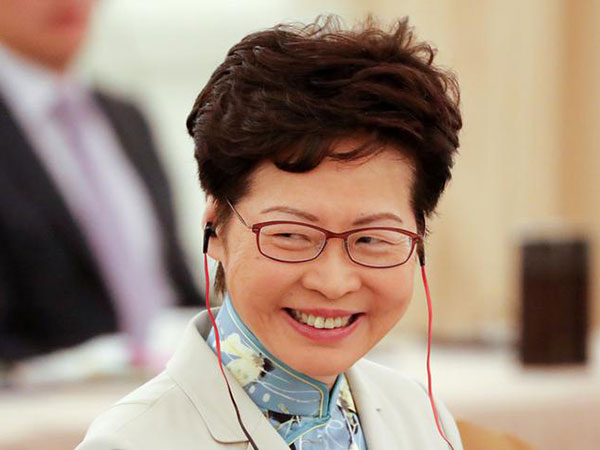 Hong Kong Dec 3: Hong Kong's Chief Executive Carrie Lam has harshly criticized new US legislation which aims to support human rights and democracy in the territory.
Lam told reporters on Tuesday that she strongly objects to the legislation enacted last week and expressed regret over what she described as foreign interference.
She also said the law might impact business confidence in Hong Kong and will not benefit the economy.
Lam indicated support for China's countermeasures announced on Monday, such as denying port calls by US warships to Hong Kong for the time being.
She said Hong Kong will act in lockstep with the Chinese government's decisions in relation to diplomacy.
Lam again rejected demands made by protesters, including a request for a direct vote to choose Hong Kong's chief executive.
Protesters are also calling for an independent inquiry into the way police have handled anti-government rallies.
The pro-democracy camp won a resounding victory in last month's district council elections.
Citizens are apparently upset by Lam's refusal to make concessions despite the poll result. Protesters clashed with police last weekend after a period of relative calm.
Source: NHK World