Late gazette with reopening guidelines reveals the 'method behind the madness 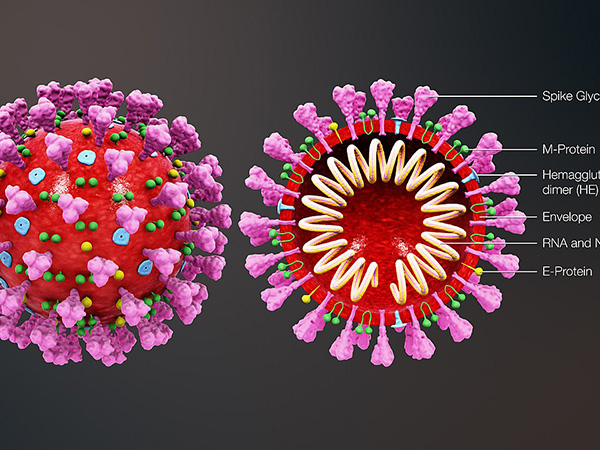 Dhaka (Bangladesh) June 3: In an effort to curb the transmission of the novel coronavirus, the government recently issued a directive asking the government offices and agencies under all ministries and divisions to not allow more than 25% of staff to be in attendance in the office at any one time together.
State Minister for Public Administration Farhad Hossain came up with the information while talking to UNB.
"Although the government has resumed the physical office at a limited scale, considering the present coronavirus situation we have asked all the officials not to allow more than 25% officials in office at the same time to keep them free from coronavirus," he said.
"All the ministries have been given the directives as per the decision of the Cabinet Division before reopening offices and we have asked the authorities concerned to allow officials and employees to attend office as per need," Farhad added.
"We have already informed the ministry concerned to do the essential work with the minimum number of officials and we have asked them to allow only 25% officials in the offices while 25% more can do work from home virtually. With this, 50% officials can be connected. Besides, those who are sick will obviously do their work from home," said the Minister.
Even before the official resumption, the activities of government departments at division, district and upazila levels under 18 ministries and divisions were active on a limited scale and now all the government offices are open, said Farhad Hossain.
Mentioning the situation at the Secretariat, the Minister said almost all the officials there are maintaining government directives, but a few bad apples were of course there as well.
"Besides, we have also asked the elderly, sick and pregnant officials and employees to refrain from going to offices," he said.
"As a pandemic is prevailing we have to do our offices with caution as we do not want the presence of any officials unnecessarily," said the minister adding that "We provided the directives to ensure their safety."
"I have got the information that some officials and employees were asked to do offices on a limited scale if necessary after resuming the offices. Besides, the officials who are living in the corona hotspot areas have been asked to refrain from going offices," he said.
If any employee wants to do offices and go home after finishing his/her work, they can do this. There is no need to wait for the clock to strike a certain hour, he said.
Replying to a question, the minister said: "In case of emergency, roster system can be introduced and in this situation, officers will be allowed after the leave of those who came in work in the morning."
No visitors will be allowed till June 15 at the Bangladesh Secretariat, he said.
All government, semi-government, autonomous, and private offices resumed on Sunday ending a 66-day general holiday amid the spike in coronavirus cases and deaths across the country.
However, the authorities directed all concerned to maintain strict health guidelines while attending offices.
The government has issued a gazette notification allowing limited operation of public transport and offices from May 31 to June 15 amid the coronavirus outbreak.
The Public Administration Ministry issued the gazette on Thursday. Among other things, it directs everyone to wear face masks and strictly follow the 13-point health directives.
As of Tuesday, Bangladesh had confirmed 52,445 coronavirus cases with the death toll rising to 709 after 37 new fatalities were reported.
Source: Dhaka Tribune