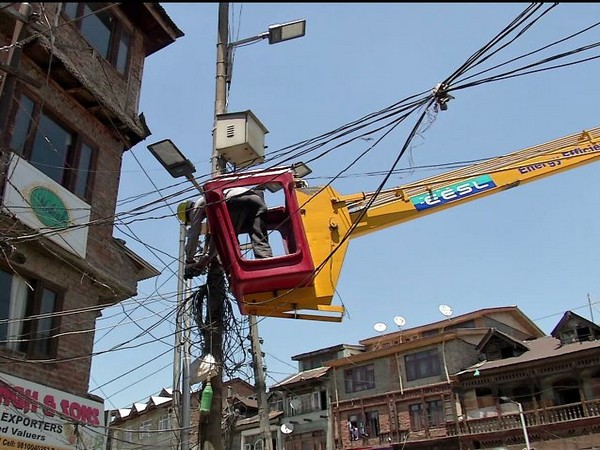 Srinagar (Jammu and Kashmir) [India], July 28 (ANI): The Jammu and Kashmir administration has taken the initiative to install LED street lights in Srinagar under the Smart Cities mission.
Speaking to ANI, Dr Shahid Iqbal Choudhary, District Magistrate, Srinagar said the work of installing LED street lights were done for the last five to six months.
"The work to install LED street lights was going on in the city for the last five to six months. The old and dysfunctional lights in the market areas across the city were removed and new LED lights have been installed," Choudhary told ANI.
Prior to the project completion, locals and business community were facing issues during late hours in the markets.
Taking advantage of the COVID-19 induced lockdown, the administration took up the project.
After the installation of the LED lights, locals have now demanded that these lights should be installed in their localities.
"This is good work done by the administration. We used to face difficulties during the nights while moving within the city. As the administration has done this work, we want the same in the localities," said Firdous Ahmad, a resident.
Echoing similar sentiments, another resident Niyaz Bhatt said, "The city used to reel under darkness as there were no street lights and this led to several accidents. But now, these LED street lights have been installed and will bring down the accident rate. This is a very commendable job." (ANI)