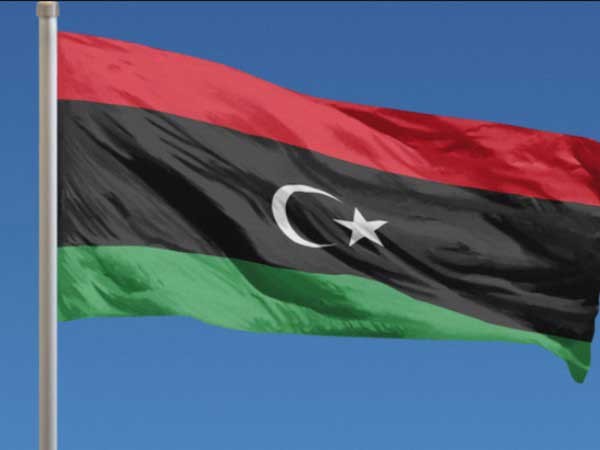 Tripoli (Libya), April 7: Libya's Prime Minister Abdul Hamid Dbeibah on Tuesday met with his Greek counterpart Kyriakos Mitsotakis in the Libyan capital Tripoli to discuss restoring the bilateral relations.
"We hope to restore the distinguished relations between the two countries back to their previous state based on common interests, as we have friendly relations with Greece and there is a historic, political, cultural, economic and also humanitarian dimension to the relationship between the two countries," Dbeibah told a joint press conference following the meeting.
The two officials discussed reopening the Greek embassy in Tripoli, resuming flights between the two countries, and exchanging medical experiences.
They also discussed enhancing economic and military cooperation, as well as activating all mutual agreements in the areas of energy and maritime trade.
Referring to the Libyan-Turkish memorandum of understanding (MoU) on the establishment of maritime boundaries, Dbeibah stressed "the importance of any agreement that contributes to developing appropriate solutions and preserves the rights of Libya, Greece and Turkey."
"We are also ready to form joint committees between Libya and Greece to resume negotiations on demarcating the maritime borders to define the exclusive economic zone for both countries between Crete and Libya, and we seek to build relations based on good neighborliness and mutual respect," the Libyan prime minister said.
The newly-created Libyan Government of National Unity "works to build fruitful relations with everyone, especially the regional countries, the Mediterranean countries, with which we share common interests according to mutual respect, in a way that guarantees the interests and sovereignty of our country," he added.
Mitsotakis said the main purpose of his visit to Libya is to highlight the resumption of the work of the Greek embassy in Tripoli "as a milestone and a dynamic resumption of the Greek-Libyan cooperation and to convey a message of support for the efforts aimed at building Libyan peace and progress."
Mitsotakis stressed his country's support for Libya through the European Union or the United Nations to hold fair elections and restore security and stability.
The Greek leader also said that his priority is the full restoration of the cooperation between the two countries in the field of energy, which could be expanded to include renewable energy sources and electrical interconnection projects.
Mitsotakis called for "canceling the documents that were presented as agreements between countries, but possess no legal force, as explicitly stipulated by the European Council."
In November 2019, Libya and Turkey signed a deal on the demarcation of maritime boundaries in the Mediterranean Sea, but Greece said it could infringe upon the sovereignty rights of Greek islands in the Mediterranean.
In December 2019, Libya's ambassador to Greece was summoned to the foreign ministry, where he was informed of the decision for his expulsion following the signing of the Libya-Turkey deal.
However, the expulsion did not constitute the severing of their diplomatic relations, according to Greek Foreign Minister Nikos Dendias.
Source: Xinhua