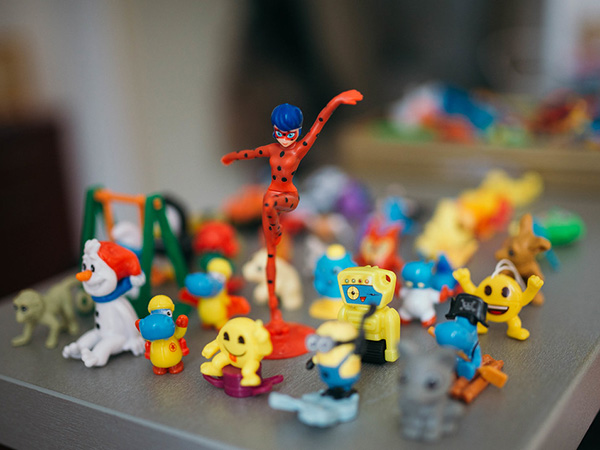 New York (USA) Nov 25: LOL Surprise! It might sound like a text you'd get before receiving shocking news, but it's actually the name of one of the hottest toys. The intricate kits filled with tiny plastic pieces are topping wish lists, but they've also been creating a huge amount of non-recyclable plastic waste.
Amazon (AMZN) included five different versions of LOL Surprise kits on its Top 100 Toys list, and they can also be found at the top of multiple bestseller lists.
LOL items, made by MGA Entertainment, which also owns Bratz, are expected to bring in at least $500 million this year alone, according to AdAge. Price tags on LOL toys range from $5 to $240. Some versions include as few as three tiny plastic toys while others include more than 95.
The current packaging is essentially the 21st century's waste-filled Russian nesting doll: The package itself is shrink-wrapped in plastic. Once you open the package, you're greeted by small plastic bags. Once you open those plastic bags, you're greeted by another plastic casing that's filled with sand and trinkets, each individually wrapped in plastic.
MGA Entertainment knows that the toys are creating massive amounts of plastic waste, and now they're trying to do something about it.
"We are working on a brand new biodegradable plastic for 2020," MGA Entertainment's CEO Isaac Larian exclusively told CNN Business. He also shared that the company is planning on swapping plastic for paper for all the inner packaging of the toys.
As for the company's current sustainability initiatives, recycling company TerraCycle paired up with MGA Entertainment to cut down the waste that comes from the toy sets. The company aims to recycle not only the packaging, but also the toys themselves when kids are done using them.
Consumers can either put their LOL packaging and toys in a box and ship it to TerraCycle or drop off the items at one of Terracycle's public drop-off locations. Once TerraCycle receives the LOL packaging, accessories and trinkets, the metal gets melted down and the plastic gets turned into pellets.
The company has a "bigger plan in place with TerraCycle," but it hasn't been announced to the public, MGA Entertainment's CMO Hailey Wu Sullivan told CNN Business.
Stores can't seem to keep LOL Surprise toys on the shelves. "The top seven to 15 best-selling overall toys are LOL Surprise," Larian said. "We could have sold 60% more if we had inventory."
Source: CNN News